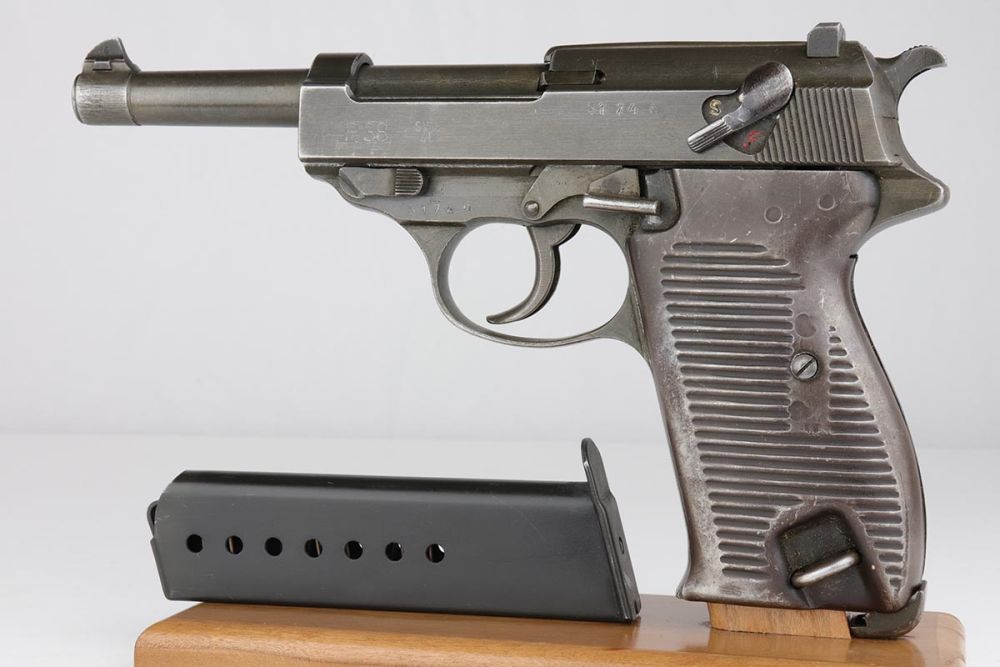 Add to Wish List Add to Compare
Description
7/17/19 - This is a scarce and interesting Nazi Mauser P.38 from 1945. Made at the French Mauser factory, it is marked 'svw 45' on the slide, and has two German acceptance marks on the slide, but none on the frame. The likely explanation is that this gun was put together from available parts at the end of the war, once the French had re-taken their factory. So the available slide would have already received the Nazi inspector/acceptance marks, but not the final (third) marking. The pistol would then be given the French acceptance star that's visible on the slide. The pistol is all matching and finish appears original with only minor thinning in some areas, and no import mark. The pistol has 'gray ghost' style grips, and a postwar magazine. Terrific bore, and this one has smooth mechanics and an unusually light trigger pull.
Details
We found other products you might like!