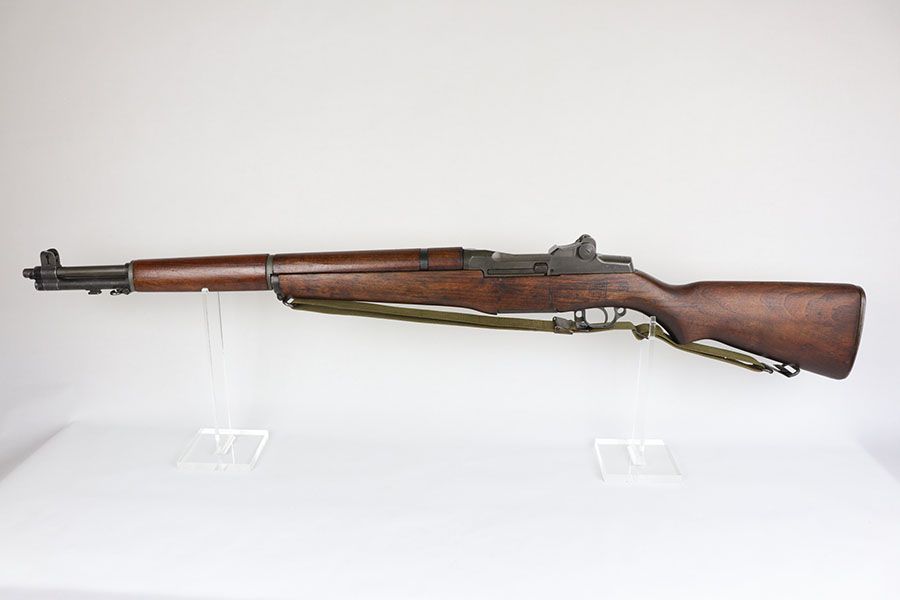 Add to Wish List Add to Compare
Description
6/10/20 - This is an excellent example of a Winchester produced M1 Garand from 1945, also referred to as a Win-13. Produced by Winchester late in World War II, the "WIN-13" (aka "Dash 13") Winchester M1 Garands were built using receivers that had been manufactured in 1943 and laid aside until late to mid 1945. Found in a serial number range of "1601150" to "1642000", itself an overrun of one of Springfield's assigned serial number blocks from 1943, the Win-13 Garands represent the very end of Winchester's WWII Garand run, numbering less than 40,000 out of over a half-million (about 8%) Winchester M1s. The finish on the metal parts shows minimal wear, mostly a little thinning on the trigger group and some wear on the gas tube. Beautiful receiver finish. Winchester proofed stock with GHD inspector mark and crossed cannons cartouche. Winchester marked barrel and trigger group. Original sling. Bore has strong rifling but a bit of frost in the grooves. Muzzle rating is a 1, throat is less than 1.
Details
We found other products you might like!