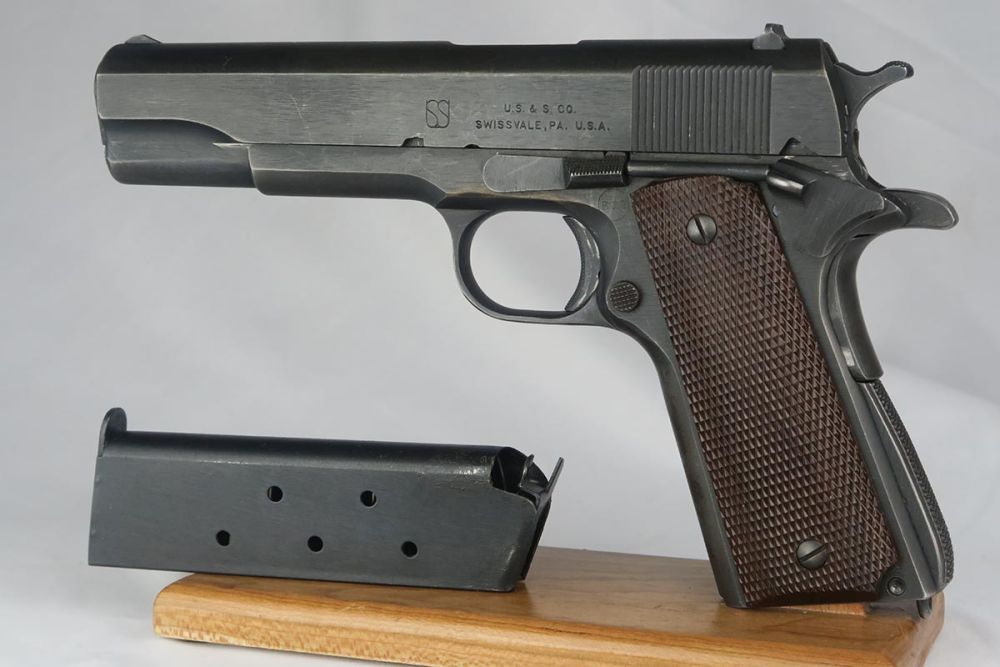 10/9/17 - This is a rare, all original Union Switch & Signal M1911A1 from 1943.  The finish rates at about 92-93% with a beautiful slide but notable finish loss on the front strap.  This is an early variation, one of the first few thousand manufactured by Union Switch.  It correctly does not have the P proof on the frame or slide, nor a crossed cannons cartouche. All parts are original, including the barrel bushing with concentric circles on it.  It has the RCD inspection mark and barrel is "HS" marked and correct. Bore is very nice with no issues.  Magazine is marked 'S' on the lip.