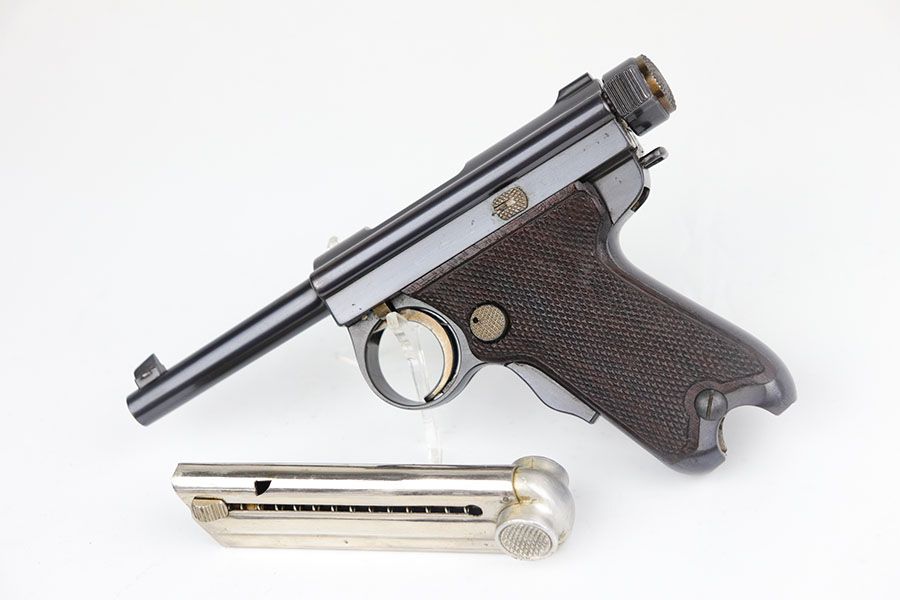 Add to Wish List Add to Compare
Description
7/17/20 - This is a gorgeous Baby Nambu pistol that was manufactured at the Tokyo Arsenal in the 1910s, and still has the original, matching grips and magazine. The pistol has about 99% of the original blue, with just a hint of high edge thinning. There's also some oxidation on the rear strap. Minty bore and grips. The Baby Nambu was developed as a personal weapon for high ranking Japanese officers and only about 6,500 were made in total. Considered by collectors to be one of the most beautiful handguns made in pre-war Japan, it featured ornamental knurling on the cocking knob and high quality “rust” blue, that rivaled European handguns of the era.
Details
We found other products you might like!