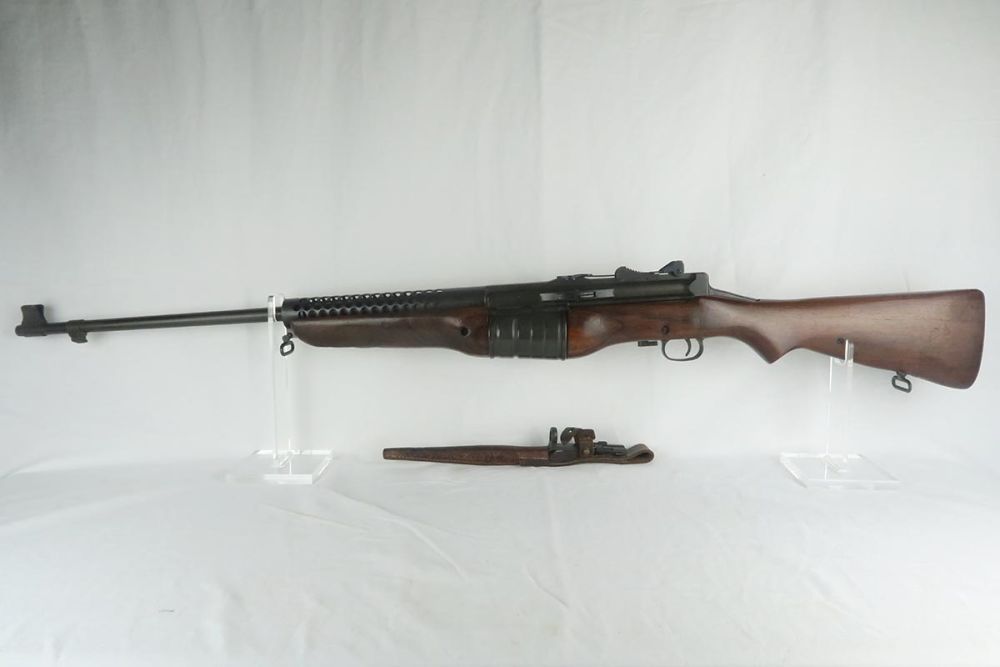 11/29/17 - This is a minty Johnson M1941 Rifle from World War II - probably the nicest we have ever offered! Only 20,000 of this model were manufactured!  The finish is all original and shows virtually no wear. The wood is excellent with relatively few minor dings and nicks.  It has not been sanded or refinished.  The receiver is especially nice, looking like it just left the factory. The bore is mirror with excellent rifling.  Comes with an original, scarce bayonet and scabbard in great condition.