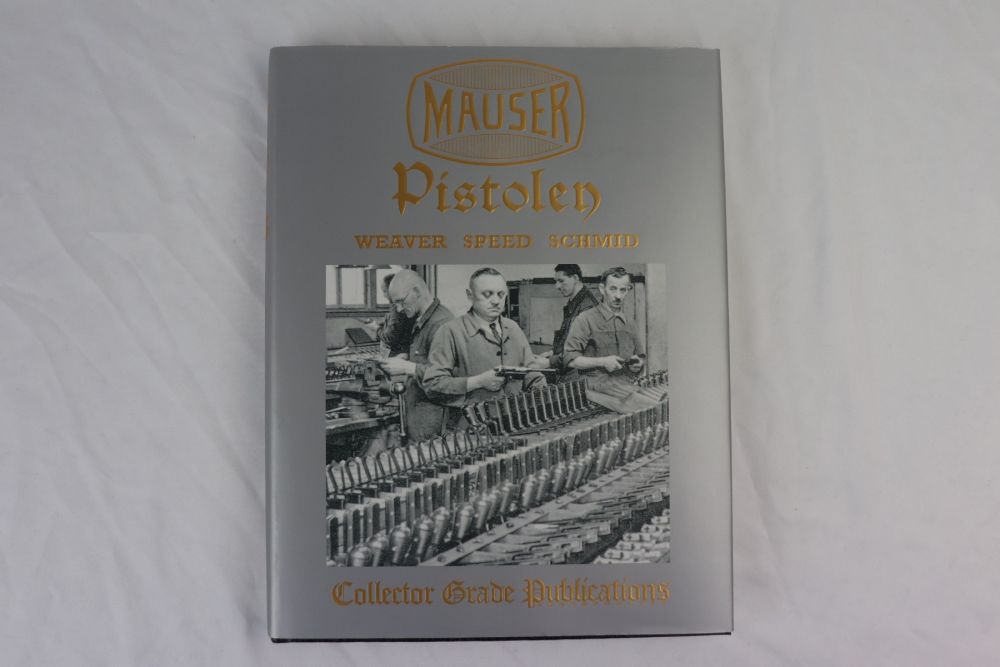 Add to Wish List Add to Compare
Description
8/6/20 - Mauser manufactured a number of pistols of the firm's own design. These included roughly a million examples of the famous C96 (plus 100,000 selective-fire versions and 1,200 hunting carbines); 500,000 blowback pocket pistols; 80,000 examples of two versions of the tiny 6.35mm WTP “vest pocket” pistol; and 261,000 HSc pistols. Over the years Mauser also manufactured several handguns which had been designed elsewhere, including at least 7,800 Reichsrevolvers; 1,000,000 Parabellum (Luger) pistols, including lange Pistolen 08 (“artillery” Lugers) for Persia and Siam; plus 340,000 P38s. In addition, many other pistol models were produced as prototypes only. Many of these photos are from rare glass plate negatives which have never been published before.
Details
We found other products you might like!