The store will not work correctly in the case when cookies are disabled.

Hey guys, I woke up this morning and thought what a great day for a quickie video and here's why. First, I can't watch the playoffs because my home team is not in it. Second, there's nothing good to watch on TV ever since Game of Thrones ended [0:32-0:37 Snippet from Game of Thrones]. Third I have to say watching the news is extremely frustrating. But fourth and most importantly I got a really rare gun that just came in but there's not much to say about it. So let's just do a quickie.

Beautiful PP that was Issued to the Czech Police 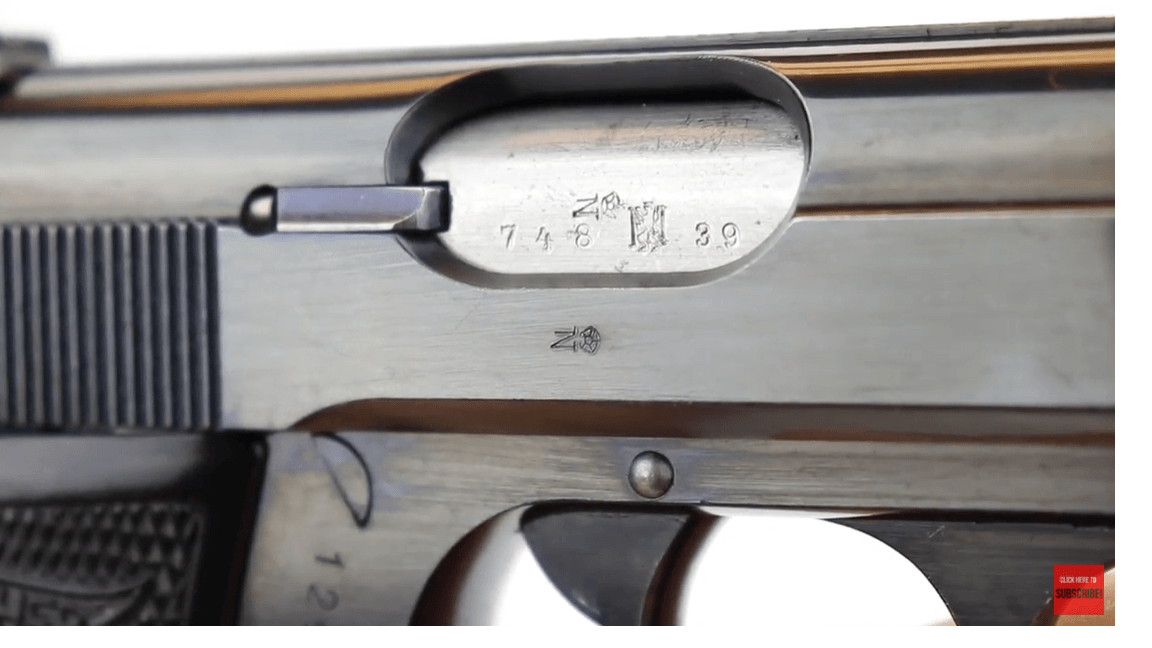 This is a beautiful PP. Those of you who have you been watching my videos notice the high polish finish right away, classic design of the Walther PP; so you know it was early or pre-war and in fact this is a PP that was issued to the Czech police. You'll see here in the ejection port, we'll get a close-up of that, it has a symbol which you probably can't even recognize what that is. But that is the Czech Lion, I actually put it up on my screen, you can take a look. There is a number, they all have numbers which is probably just the police number and then finally it has the date, this is 1939.

So this was issued to the Czech police in 1939. There were 600 of these that were ordered both PPs and PPKs, about 600 were ordered. I only have record of 15 of them that survived, probably low survival rate because after the war Czechoslovakia was occupied by the Soviet Union. And once the Soviet came in and closed down that Iron Curtain there was no guns going in or out. So very low survival rate for the Czech PP. So this is a very rare gun, one of only 15 that I know of in my database. If you have one, please let me know. Again PPs and PPKs, they all have the Czech line in the injection port and they also have the date.

We thought the Czechs had their own CZ Factory 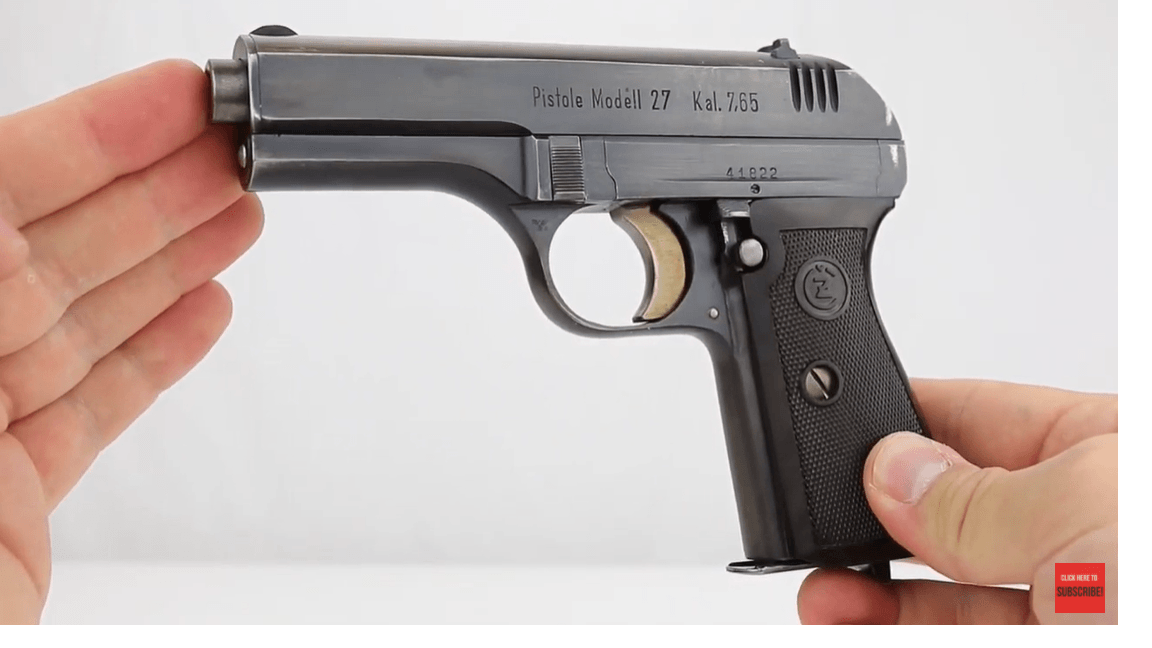 Why was Czechoslovakia ordering PPs and PPKs from Germany when they had their own CZ factory?

Most of you know the Czech CZ 27. It's a very…it's about the same size as a PPK, very reliable gun, well-designed, I like the gun, they tell me it shoots well, it's in 32 caliber exactly like the PPK. So why were the Czechs ordering guns from the Walther factory, 600 to be exact? 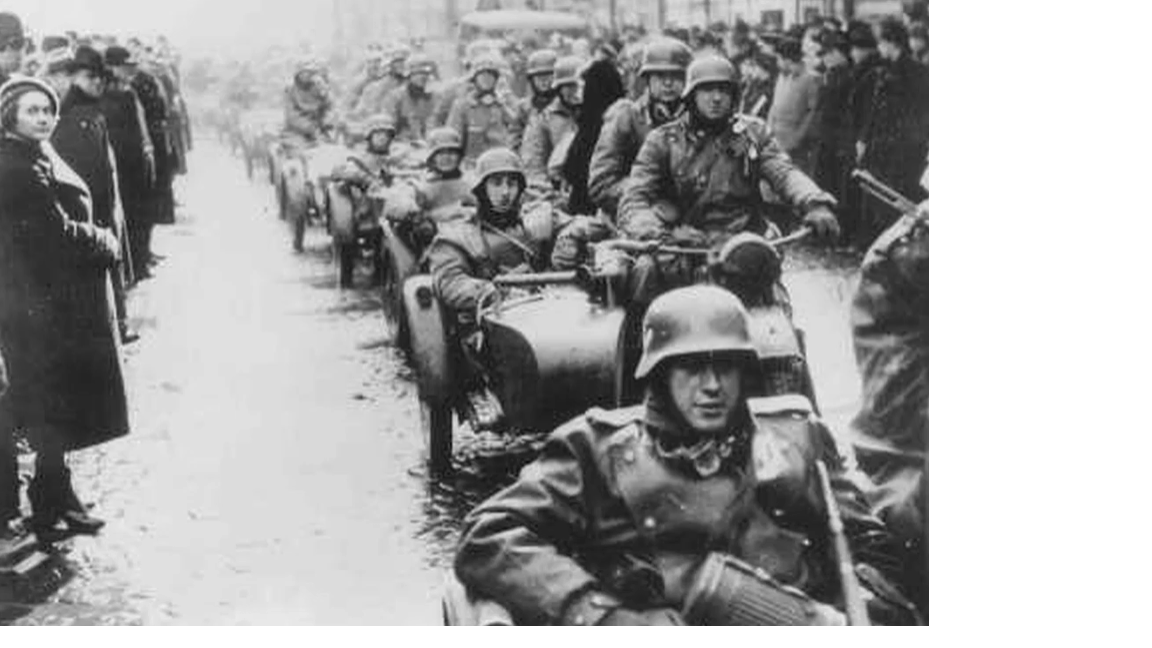 Czechoslovakia was occupied by Germany in 1939. A large minority population were German in fact and if you look at a map you can see that Czechoslovakia was surrounded by Germany and the Germanic people moved into the area, and they were very sympathetic to Hitler. They wanted Hitler in. And so of course he subverted from within, he had people voting to let's secede to Germany, let's become a part of Germany. So a good portion of the population actually wanted the invasion. So when Hitler did come in, in 1939 you can see the population, a good portion of the population are doing the Heil Hitler salute, they were happy to see him come in. They wanted the Germans to take over. So that was 1939.

Back to why Czech was Ordering guns from Germany 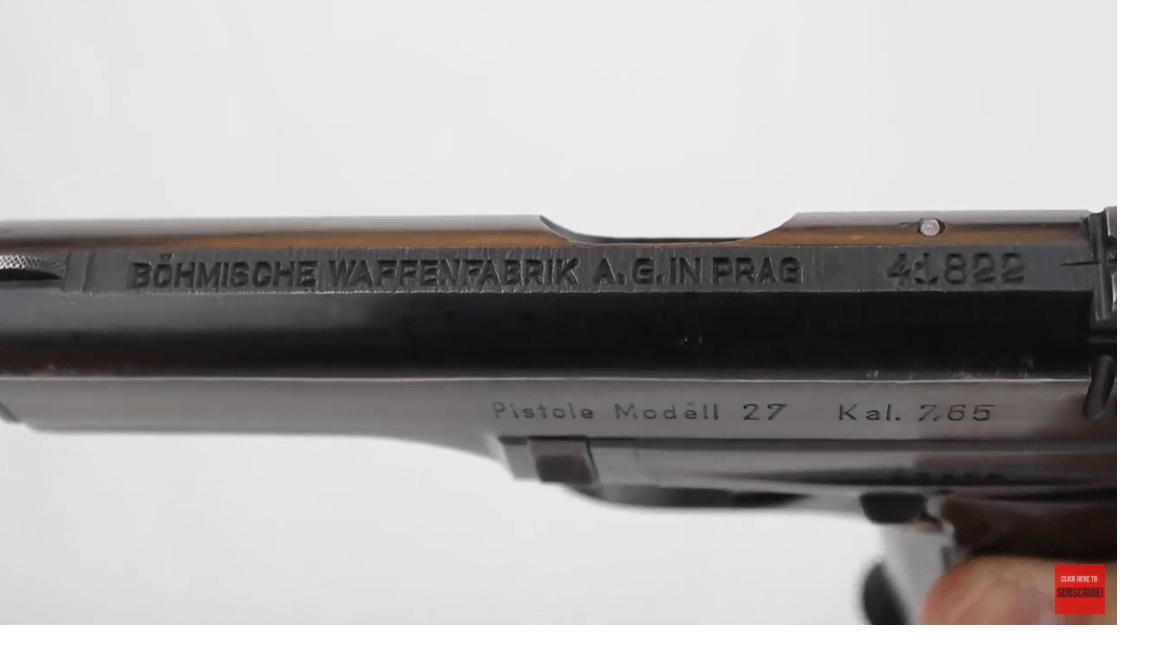 So one reason they might order them, they're very friendly with Germany and they probably wanted to curry favor with Germany. So they ordered some guns, even though they probably had the ability to make their own police guns. This by the way is a police gun, you can see the police Eagle K, that's an inspection stamp and this one is dated 1942. So it is during the occupation of the CZ Factory and they in fact ordered probably 100,000 CZ 27s for the German army.

So they went to the German army, they went to the police, they had the ability to make their own but they ordered them from Germany. My conclusion is that they probably were trying to curry favor with the Germans, wanted to do more trade with the Germans. Kind of reminds me when US Air was just a domestic airline, had Boeing jets and they wanted to get into the European market, they went over to Europe, negotiated, they wanted to be friendly, they ordered a bunch of Airbus jets and then of course soon thereafter they began to get market share in Europe. It's probably a similar kind of thing, they wanted to curry favour, they wanted to get in more trade with Germany. They ordered PPs and PPKs for their police force. This happened pre-war and also during the occupation.

How did this Gun get Here? 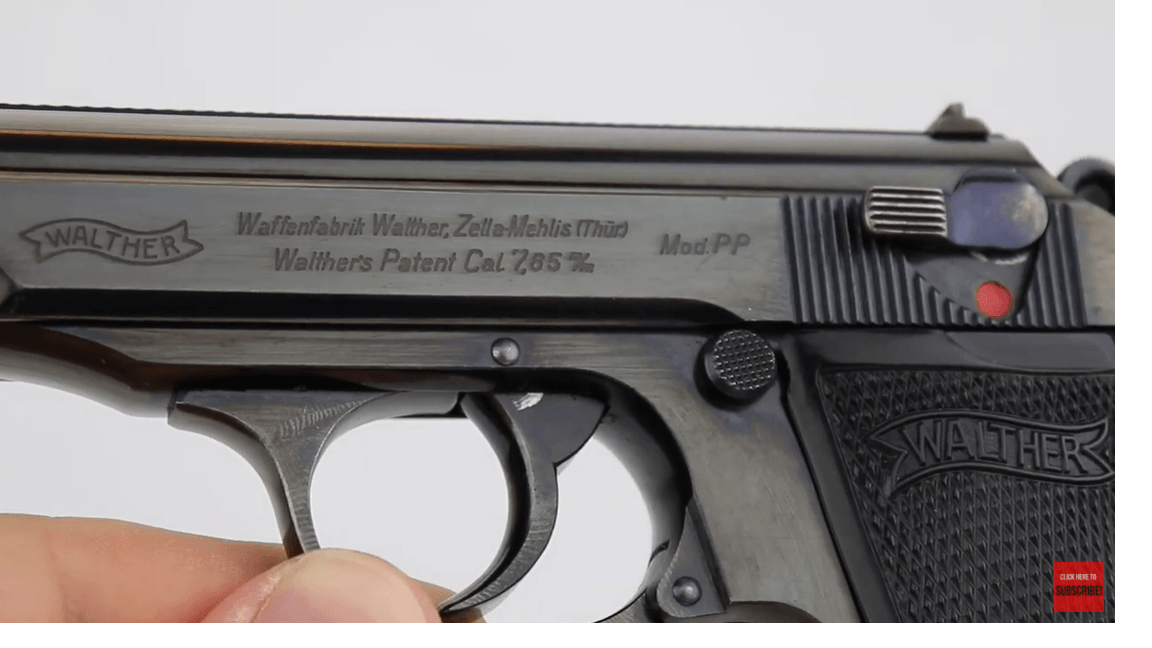 So how did this get here?

It had to be a GI bring back. We know that when the Patton's army actually came into Germany they actually occupied parts of Austria and then Czechoslovakia. They had to then pull away because the Soviet Union came in. And as I said, once the Soviet Union came in these guns were not getting in or out. So this was probably most likely a GI bring back. There's no import marks; it had to be brought back by a GI and stuck in a drawer somewhere, where it was hardly ever used. It has a beautiful bore, beautiful condition.

Did you enjoy this Quickie?

So I hope you enjoyed this quickie, and don't forget some of your friends could use a quickie too. So like and subscribe, tell your friends about our channel. If you're like me and you can't get enough of this stuff, click here to subscribe that way we'll send you a notification when we do something new, or click one of these buttons for recommended videos.