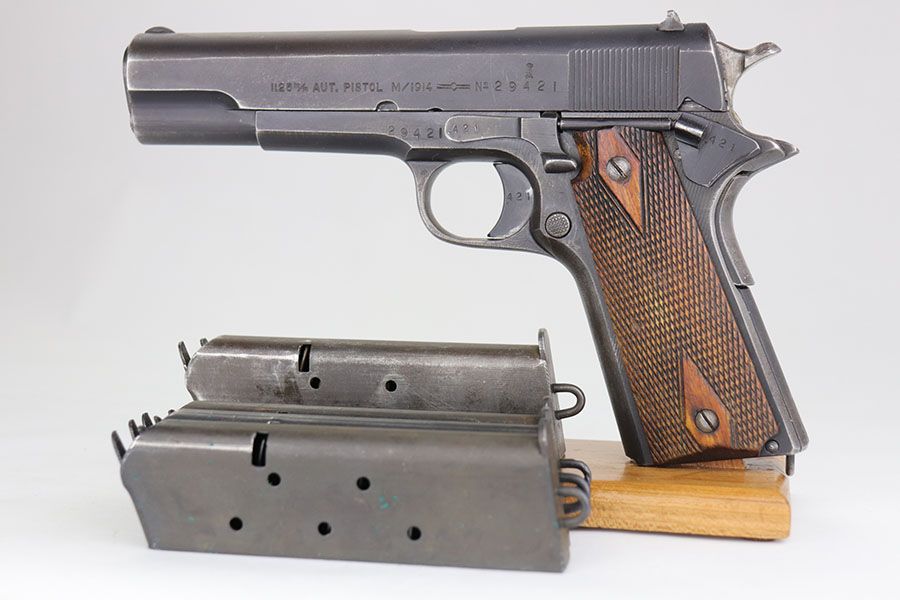 Add to Wish List Add to Compare
Description
4/22/20 - In 1914, Norway began producing a copy of the Colt 1911 to be the standard military sidearm, and named it the M1914.  From 1940 to 1945, its output fell into the hands of Germans and led to production of these pistols that saw use in the various German military and police branches.  Unlike the later waffen marked variants, the earlier pistols likely saw actual use during the war.  This particular pistol was made in 1942 for use by the Germans and is one of only about 8,200 produced under German occupation. It is fully matching and original.  The profile view shows excellent, original finish with minor high edge wear, but the straps show some thinning throughout.  Excellent, original grips with no major defects. Strong, shiny bore with only minor hints of use.
Details
We found other products you might like!