Description
6/30/20 - This is a rare Nazi MP 44 as produced by Erma in 1944. Commonly referred to as the first true, modern assault rifle, the MP 44 or Sturmgewehr is chambered in 7.92x33mm, which was basically a shortened 8mm Mauser round that sacrificed some range for better control. The concept with this weapon and cartridge was that by using a shorter/lighter cartridge that average German soldier could carry more ammunition but still had the capability of firing in both semi and fully automatic mode, with a greater, more effective range than the standard MP40 SMG. This particular example features matching numbers on all numbered parts. Underside of receiver eagle over "280" indicating ERMA manufacture along with "cos" indicating Mertzwerke, which was a sheet metal firm subcontractor. The finish is excellent but appears an arsenal or professional restoration. Markings and wafffenamts are crisp but appears to be a bit of freckling under the finish in some areas. Receiver is also marked MP 44 and dated to '44. Stock was lightly sanded and varnished but is in excellent condition. The barrel is threaded for a Krummlauf device, and thread protector is present on the muzzle. One 30 round Nazi marked Original “MP-44” magazine The magazine is marked with waffenamt and 'bte' maker mark. Bore is fantastic with minimal signs of use. Fully transferable and C&R eligible.
Details
We found other products you might like! 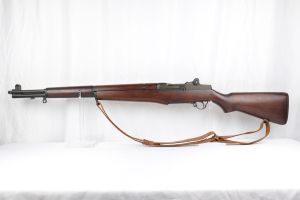 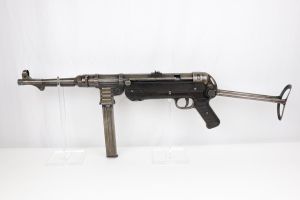 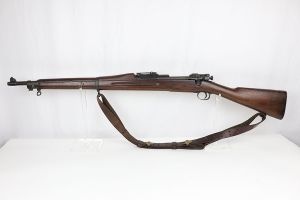 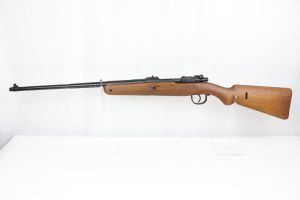 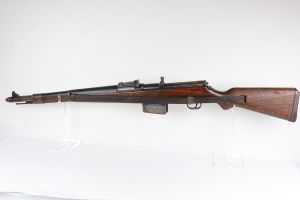 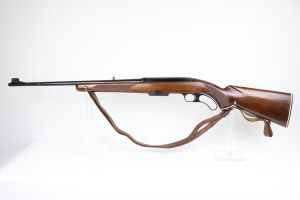 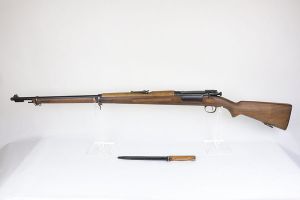 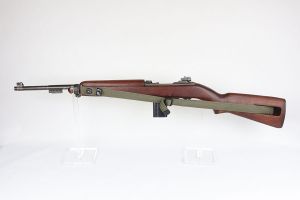 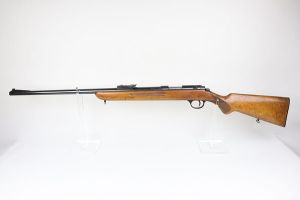