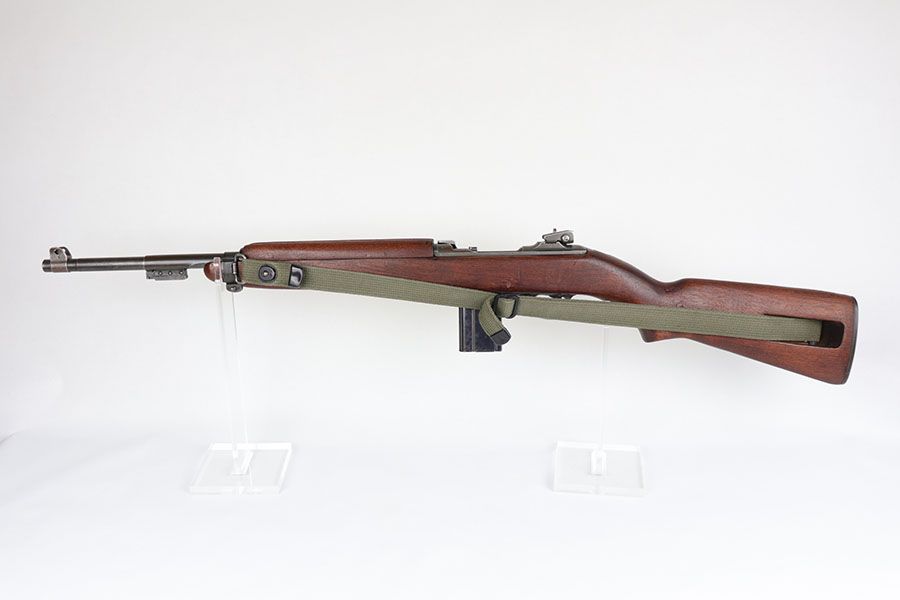 Add to Wish List Add to Compare
Description
6/24/20 - This is a nice example of a Winchester M1 Carbine from 1943 that was partially re-worked either late in the war or following the war. It has a Winchester stock, receiver, barrel, handguard, bolt, slide and trigger assembly. Hammer is marked AM-B, mag release is marked EI, and safety is marked J.A.O. on the underside. Bayo lug is marked EM-Q, and front band is marked JMQ. The adjustable rear sight and bayonet lug were added when the rifle was reworked. WRA mark and crossed cannons cartouche are visible on right side of stock. They're a little bit faint so possible the wood was lightly sanded at some point. UI marked magazine. Postwar sling. Minty bore. No import marks.
Details
We found other products you might like!