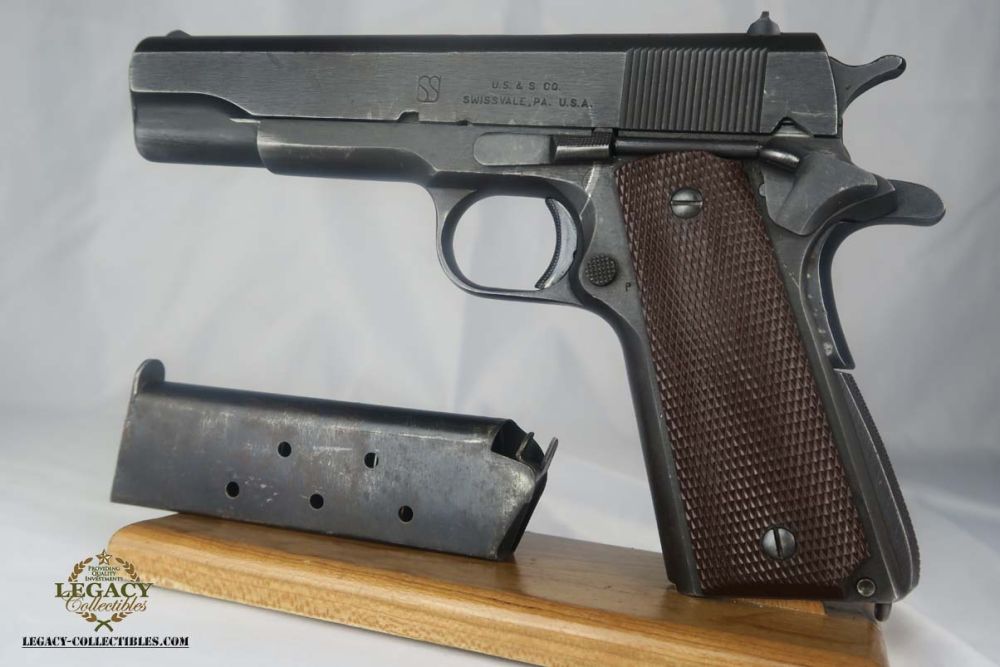 5/25/17 - This is a very nice example of a M1911A1 from World War II. It is a United States Property marked 1911 made by Union Switch & Signal.  The pistol has about 97-98% of its original finish, with some thinning along the high edges of the slide.  All parts are original, though the barrel bushing does not have the trademark concentric circles found on the Union Switch & Signal manufactured part.  Many of these pistols were shipped using the Colt barrel bushing, but it is impossible to prove the part is original to the pistol in this case. It has the RCD inspection mark in a circle, and the P proof mark on the frame and slide, which is proper. The barrel is "HS" marked and correct. Bore is very nice, with only very minor frosting on some of the grooves.  Magazine is marked 'G' on the lip.