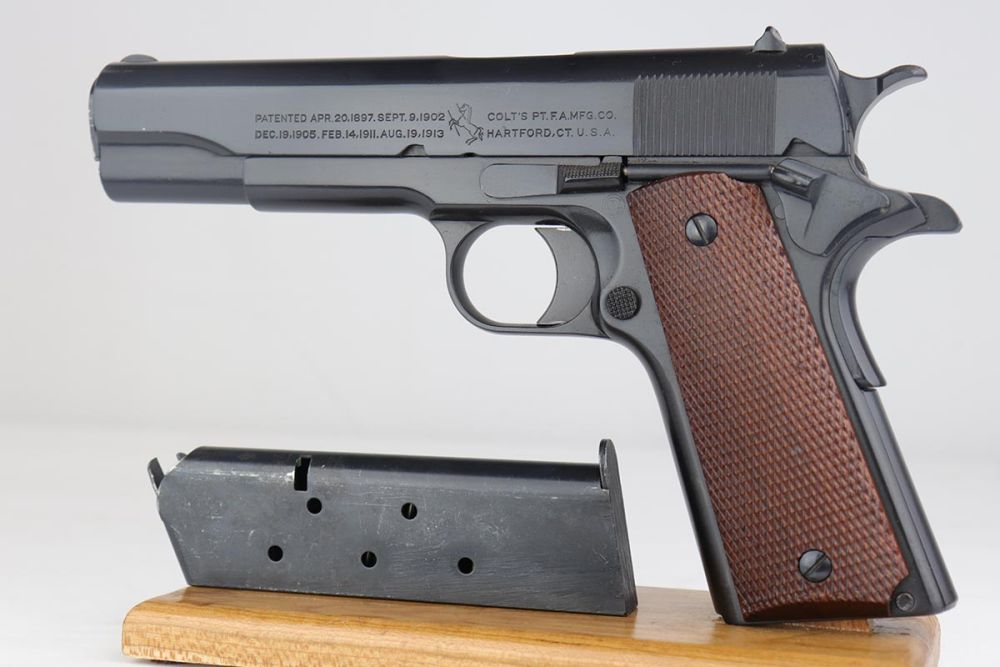 Add to Wish List Add to Compare
Description
4/25/19 - This is a transitional Colt 1911 that was manufactured in 1924, and features a rich and documented history. Starting from the beginning, this pistol was one of only 10,000 produced in 1924 as production transitioned from the 1911 to the 1911A1. It is accompanied by numerous documents sourced from the Springfield Research Service. The gun is cited by serial, and the cover letter indicates that this pistol was one of two National Match pistols sold to the California National Guard in 1929. "Under various provision of law the U.S. Army was authorized to sell arms to approved individuals and organizations. The constraints imposed on these sales varied over the years and the enclosed documentation relates to 1929 changes to the procedures to be used in such sales." The original ordnance documentation is included and provides dates for the purchase orders. Further documents show the pistols were later sold to members of the Hawaiian National Guard, before it became a state. But perhaps the most interesting note in the paperwork here is that the documents, dated to 1929-30, denote this pistol as a 'National Match'. This predates the National Match program where military arms were refurbished and denoted with National Match parts, to be used in the matches. The pistol has minty bluing but it was obviously restored at some point. The barrel (ejection port) and bushing are both 'NM' marked, but with different part numbers. After research, we have been unable to account for or properly explain the pistol's current configuration, but it is in excellent condition and presents an intriguing story.
Details
We found other products you might like!