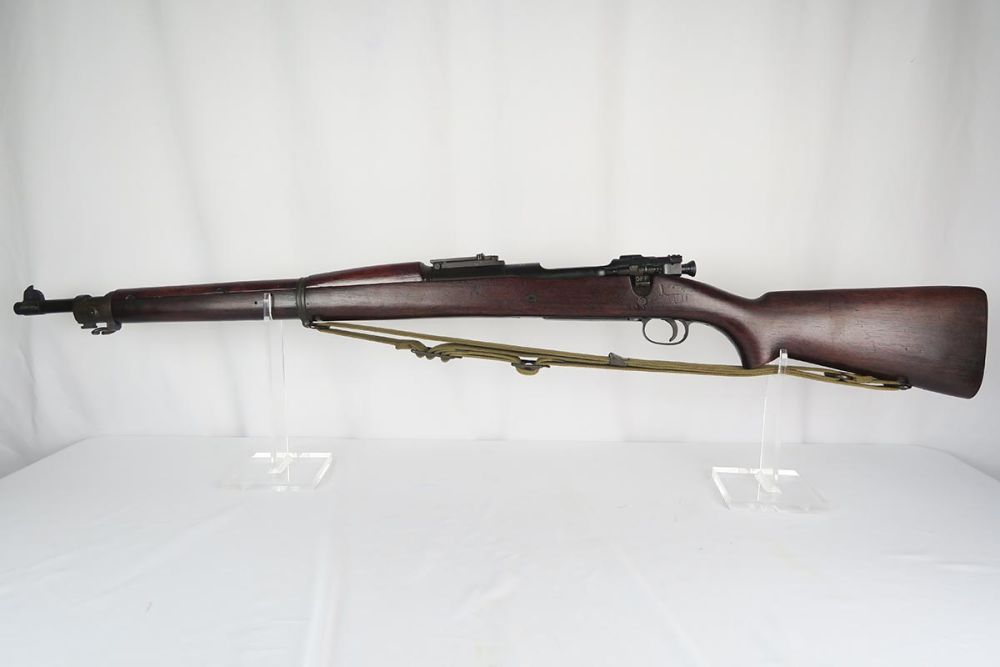 2/15/18 - This is a very nice example of a Springfield Armory M1903, manufactured in March of 1929.  The M1903 Springfield, caliber .30-06, is an American five-round magazine fed, bolt-action service repeating rifle, used primarily during the first half of the 20th century. It was officially adopted as a United States military bolt-action rifle on June 19, 1903, and saw service in World War I. It was officially replaced as the standard infantry rifle by the faster-firing semi-automatic eight-round M1 Garand starting in 1936. However, the M1903 Springfield remained in service as a standard issue infantry rifle during World War II, since the U.S. entered the war without sufficient M1 rifles to arm all troops. This particular rifle was manufactured between the wars, and has an excellent stock with no notable cracks or chips.  The metal finish is very good as well, with patina coming through but only the front sight showing much finish loss.  The sling appears original but is unmarked.  The bore has strong rifling with minor residue but looks like it would clean out and still fire/function correctly.  Some of the residue might be minor corrosion.  The left side stock is marked RA-P, denoting Raritan Arsenal rebuild.  It also has an Augusta Arsenal cartouche (AAH1).