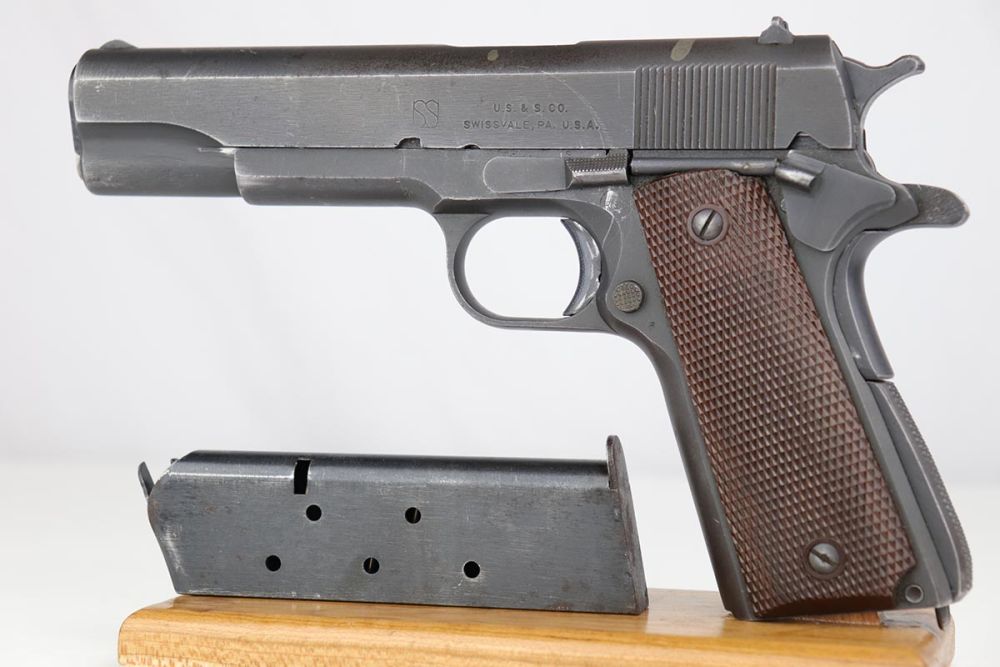 5/9/19 - This is a rare Union Switch & Signal made 1911A1 from 1943 in very good, original condition. The serial dates this pistol to October of that year, which is very late in the production period, and part of the final shipment of these pistols. It is all original and correct with about 92-93% dulite finish remaining. The slide is very nice overall but there are two areas along the top that show finish loss and appear as if some type of liquid got on the slide.  Otherwise, there is standard edge and high point thinning.  Proper proof marks include P on slide and RCD inspector proof on frame. Concentric circles on the barrel bushing. HS marked barrel. 'R' marked magazine.  Excellent grips.  Unfortunately the bore on this one wasn't well cared for, as there is notable freckling throughout.