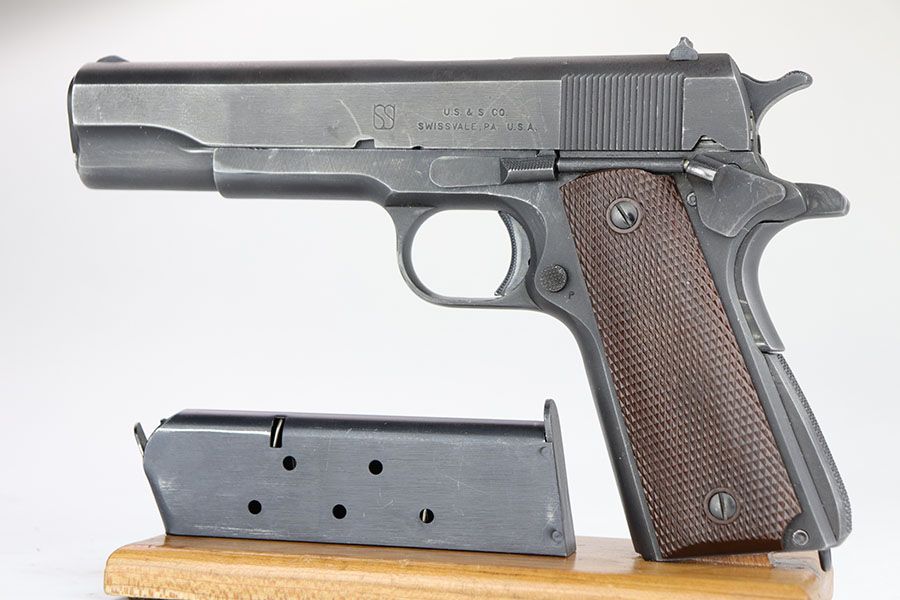 4/16/20 - This is a rare Union Switch & Signal made 1911A1 from 1943 in very nice, original condition. The serial dates this pistol to August of that year.  It is all original and correct with about 93-95% dulite finish remaining, though it's a little tough to rate. There is some minor thinning on the front strap, and edge wear on the left side of the pistol.  But, most of the actual finish loss comes from some general thinning on the right side of the slide, and there is also some surface freckling on that side.  Sharp RCD inspector proof on frame. Concentric circles on the barrel bushing. HS marked barrel. 'R' marked magazine.  Excellent grips and bore.