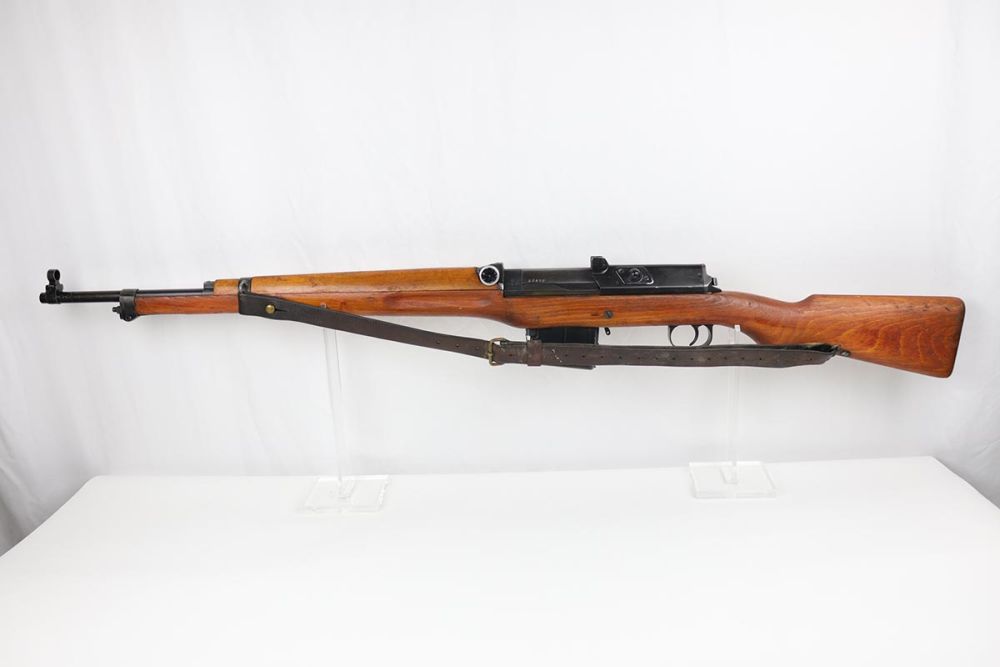 Add to Wish List Add to Compare
Description
7/3/19 - This is a beautiful example of a scarce Swedish military rifle with a cool and unique design. It is an AG-42, manufactured at the Carl Gustafs factory in 1945. There were only 30,000 such rifles produced. While these rifles were initially produced around World War II, a number of issues were discovered, including a serious problem with rusting gas tubes. The existing stocks of the rifle were modified between 1953 and 1956, and the reworked rifles were designated Ag m/42B. Modifications included a stainless steel gas tube, two knobs on the breech cover, a new elevation knob for the rear sight, a rubber case-deflector, new magazines and new cleaning rod. The Ag m/42B was replaced in Swedish service in the mid 1960s by the Ak 4. This particular rifle features excellent original finish, with most of the finish loss on the bolt and front band. Terrific stock with no major flaws. All matching numbers, including the buttplate. Original sling and terrific bore with only minor signs of use. NO import marks.
Details
We found other products you might like!