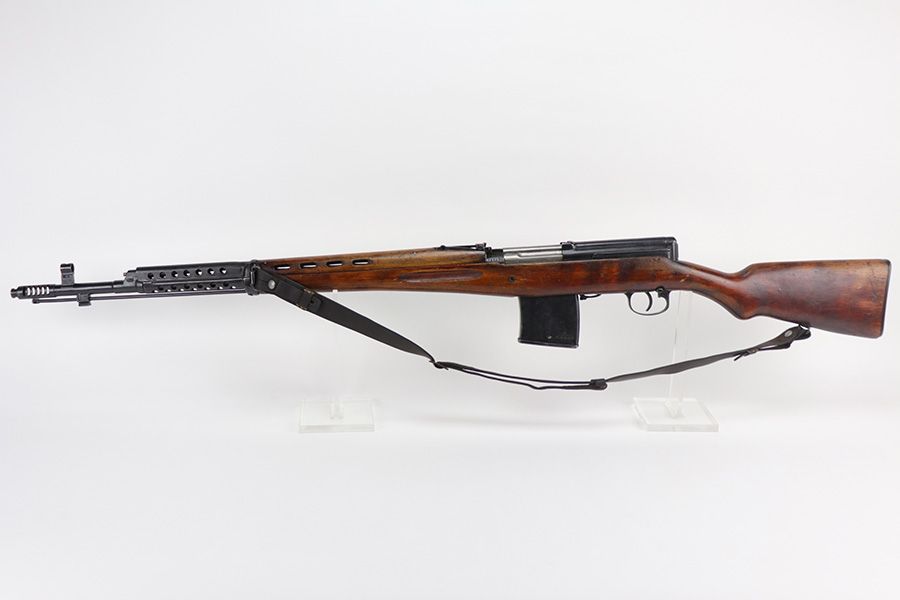 Add to Wish List Add to Compare
Description
9/7/21 - This is a beautiful, non-import SVT-40 that was made in 1941 at the Tula factory. The bluing on the rifle is excellent throughout, but may be a postwar refinish as the numbers on the rifle are mismatched throughout, as well. But the gun is not import marked, and has sharp proofs on receiver and some small parts. It also does not have any etched serial numbers, so does not appear to be an arsenal re-work. The gun is in great shape overall, with no notable damage to the stock. Stock is also 1941 dated with a factory stamp. Original sling is included, which can be hard to find. Bore is shiny with strong rifling but has minor freckling in the grooves.
Details
We found other products you might like!