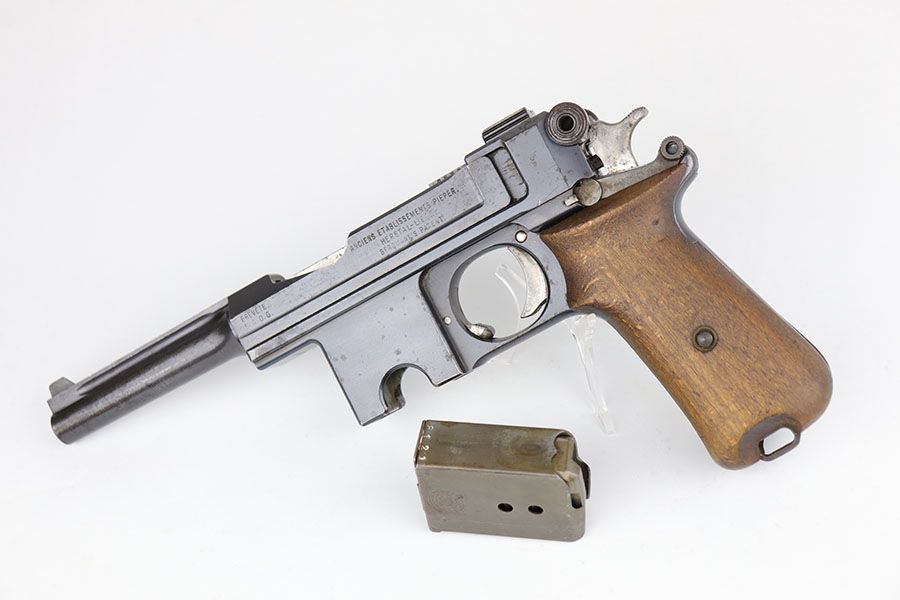 Add to Wish List Add to Compare
Description
6/17/20 - This is a very rare Danish Bergmann 1910/21 that was completed under German military supervision in 1943, as indicated by the Crown/DK and '43 proofs on right side of barrel.  In April of 1940, the Danish Government surrendered to the Germans and during the occupation the 1910/21 pistols were seized.  Under Heereswaffenamt supervision, they were inspected, repaired and test fired, then stamped with the Crown/DK/Year rework marks.  There were only about 5,000 such pistols salvaged by the Germans.  This one has all matching numbers, even including the original grips but the magazine is mismatched.  The original blue rates at about 92-94% with most of the finish loss on the barrel, but there is minor oxidation on most of the metal surfaces and some freckling along the right side of the receiver and rail.  Terrific bore and excellent grips.  Sound mechanically.
Details
We found other products you might like!