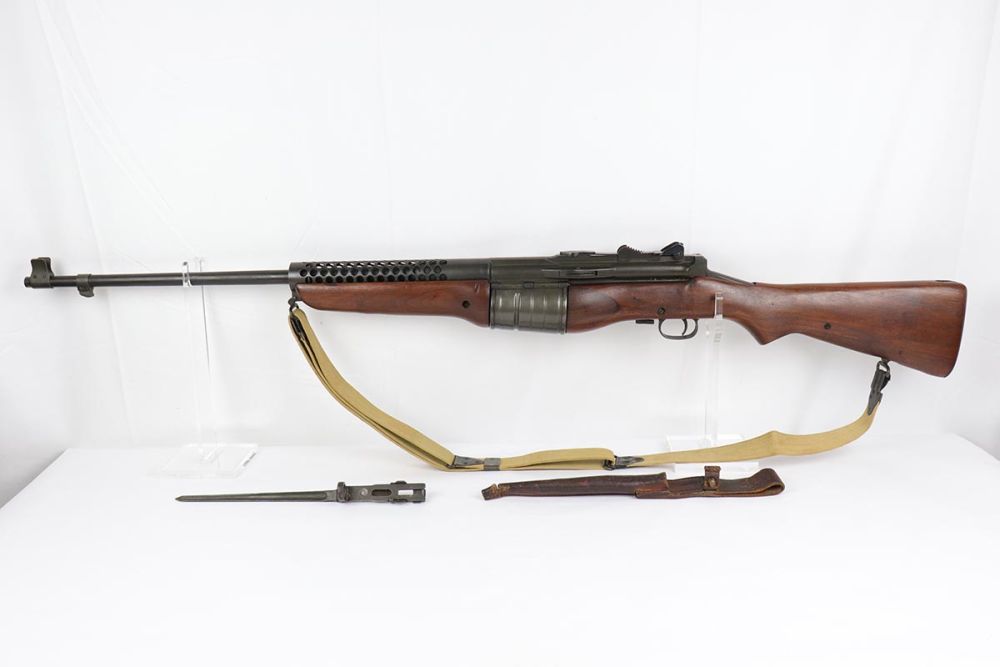 4/29/19 - This is a minty Johnson M1941 Rifle from World War II! The finish is all original and shows virtually no wear. The wood is excellent with relatively few minor dings and nicks, and no major cracks or chips. Comes with an original sling and an original bayonet with sheath. Sling is produced by 'NoBuckl' and made of canvas material. The bayonet and scabbard are original and hard to come by, but the scabbard does show a repaired strap and another tear at the tip. Terrific bore. Only 20,000 of this model were manufactured!