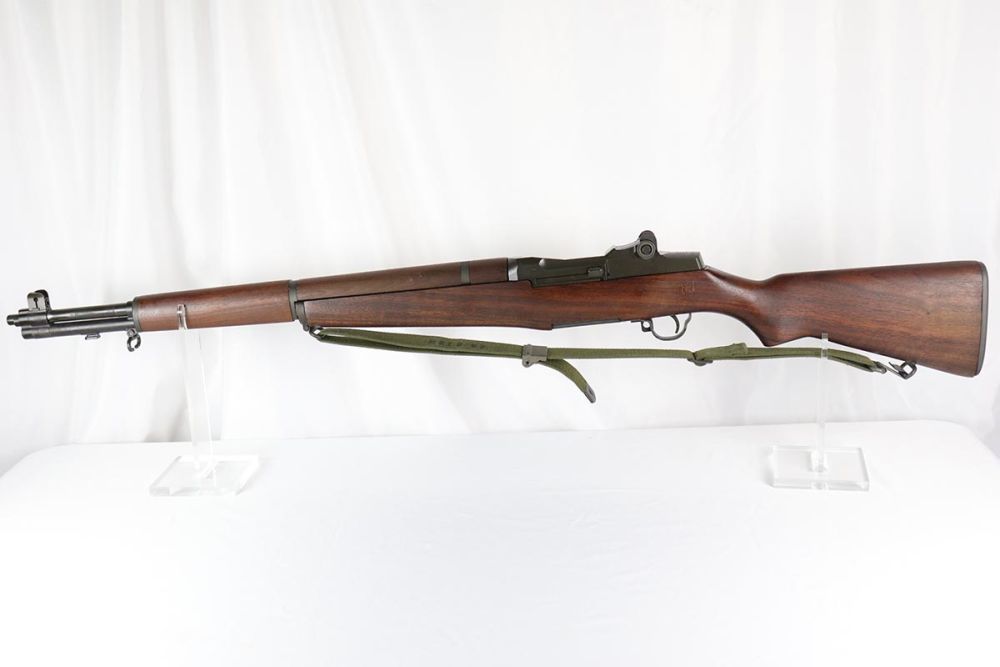 5/21/18 - This is one of the rarest National Match Garand rifles - a Type 2 NM gun that was made in 1960. Type 2 NM Garands were made from any serviceable receivers available at the Springfiled Armory Arsenal. They were different from Type 1 National Match guns by having specifically made NM parts and a glass bedded stock. In this particular year a 1954 dated barrel was used.  The NM marked gas cylinder, rear sight Base marked NM, windage knob marked NM, rear sight aperture marked NM over 595 on shank, but NOT hooded. For 1960 the op-rod was NOT marked NM. For 1960 the last four digits of the rifle serial number was written on the vertical front face of the trigger housing. According to an article by Bob Seijas, "The Type 2 N.M., Part 1" found in the Fall 2003 edition of the GCA Journal, the 1960 built NM rifle is extremely rare as only "only 231 NM rifles were purchased by the public in 1960".  Among them, a limited number of others that were purchased by competitors following the Camp Perry National Matches, some former military team rifles that were released to CMP for sale and some rifles that were loaned to gun clubs and subsequently purchased by club members. This rifle has all of the above characteristics, has all the correct 1960 barrel markings, is glass bedded and has a correct last 4-digits of the serial number written in grease pencil on the inside of the stock barrel channel and on the front wall of the trigger housing. The glass bedding is text book example of the Springfield Armory bedding. The bore is excellent and the stock is pretty much mint with a sharp DOD cartouche.  A rare, mint example of what appears to be an unfired NM M1 Garand Rifle.