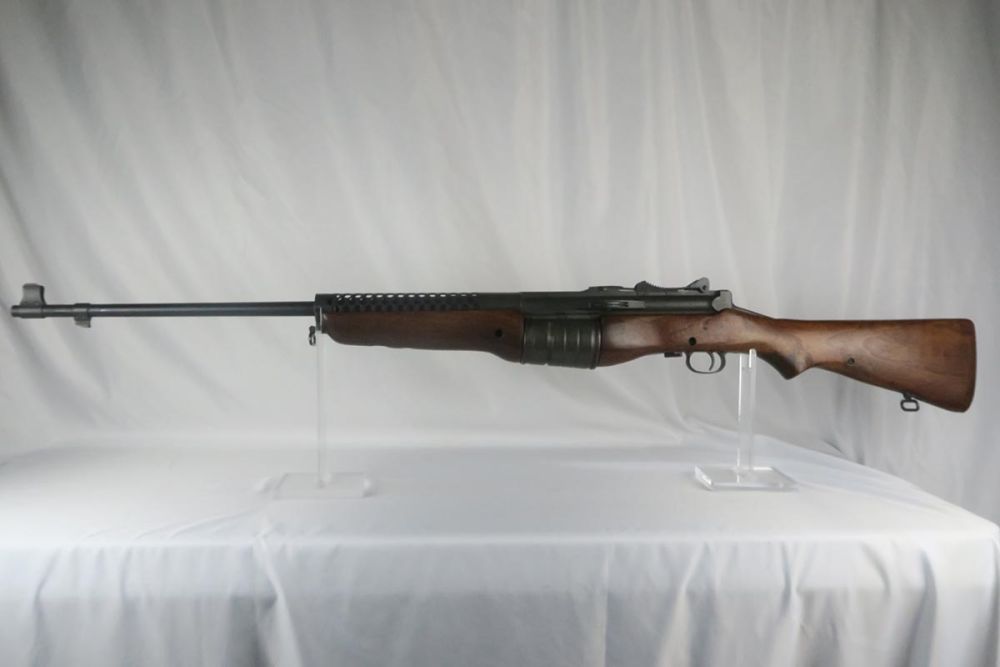 10/31/17 - This is a near-mint Johnson M1941 Rifle from World War II! The finish is all original and shows virtually no wear. The wood is excellent with relatively few minor dings and nicks.  It has not been sanded or refinished.  There is a couple small scratches on the barrel, but the receiver is especially nice. The bore is mirror with excellent rifling. Only 20,000 of this model were manufactured! The Johnson Semi-Automatic rifle was invented by Captain Melvin M. Johnson, Jr. of the US Marine Corps Reserve, also the inventor of the Johnson Light Machine Gun, in 1936. After development completed, manufacture was commenced in 1941 by Johnson Automatics, Incorporated, and its subsidiary, The Johnson Automatics Manufactured Company, at Cranston, Rhode Island. The M1941 was ordered by the Netherlands for issue to the KNIL in the Dutch East Indies, but the Japanese invaded the islands before the rifles could be shipped from California. At this time, the U.S. Marine Corps found itself in need of a modern fast-firing infantry rifle, and acquired some rifles from the Dutch East Indies shipment for issue to its Paramarine battalions then preparing to deploy for action in the Pacific theatre. By all accounts, the M1941 performed acceptably in combat with the Marines in the early days of the Pacific fighting.