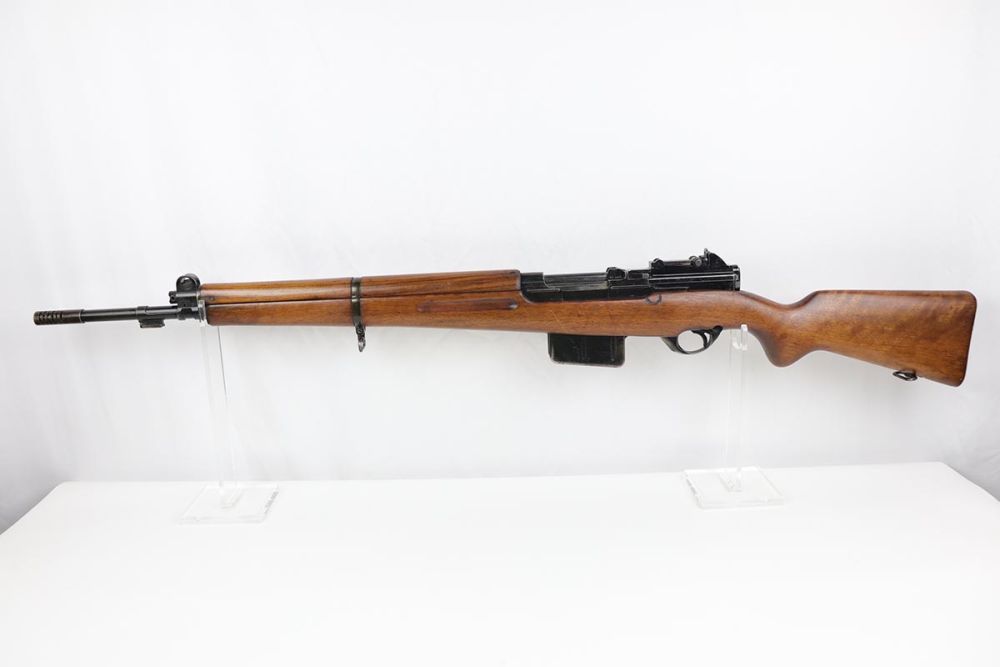 Add to Wish List Add to Compare
Description
7/9/19 - This is a very nice example of a rare FN Model 1949 rifle that was part of a Venezuelan military contract. This is a non-import example that comes with three sister contract examples that will be listed concurrently on the Legacy site. The FN49 was designed by the Belgian manufacturer Fabrique Nationale before WWII; however, plans to produce the semi-automatic rifle were abandoned when the Germans occupied Belgium. Many FN engineers fled to England during the war and returned to Belgium when it was liberated by the allies in 1944. With their return to Belgium these engineers revitalized their plans for what would eventually become the FN49, (also known as the SAFN short for “semi-automatic FN”). While the FN49 was high quality in its time, it saw limited production and use because it did not come into production until after WWII and it eventually had to compete with the popular HK G3 and FN FAL rifles which utilized more modern technology. The FN49 was produced for 8 primary contracts. This particular rifle was part of the first contract which was 8,003 rifles purchased by Venezuela in 1949. The Venezuelan version of the FN49 was the only one issued with a flashhider. While some of these rifles were delivered to Venezuela, many were sold on surplus in the US and are highly desirable among collectors due to the accuracy of the 7x57mm round for which they were chambered and the general good condition in which they can be found. This particular rifle shows some thinning of the trigger assembly and on the flash hider. There's minor wear to the receiver but the rifle is in excellent condition overall. Barrel is matching numbered to the receiver (beneath the handguard). Stock is in fantastic shape but could be a replacement as it does not have the Venezuelan crest. Bore has minor frost but strong rifling and should function well. This rifle features no import marks, which can be uncommon for the FN 1949 rifles. Having said all that, these four examples are the first we've offered and we are not experts on this model. If any of our followers or customers are more educated on these rifles, feel free to email us with any notes on them, or to ask any necessary questions.
Details
We found other products you might like!