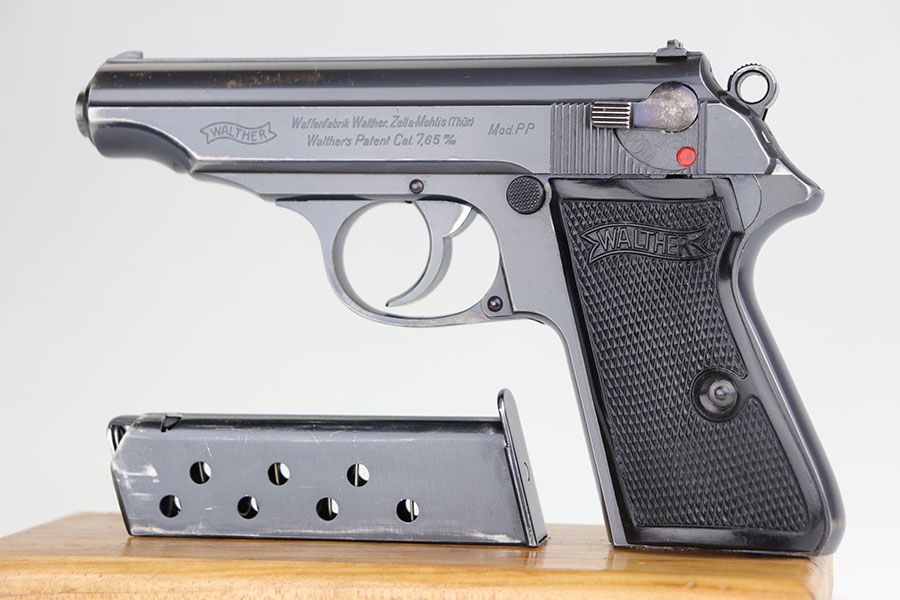 Add to Wish List Add to Compare
Description
3/12/20 - This is a rare, early Walther PP that is marked 'P.D.S.241' on the front strap. It is believed this marking could indicate issue to the Police Department of Stuttgart, and there are several known examples in a similar serial range. The pistol is an early production Walther PP, either first or second year. The magazine is numbered in the police style and matching to the gun. It has early features such as the extended barrel, large ring hammer, reversed serial number and early weighted grips. Early two piece covered firing pin, too. The blue rates at about 94% with muzzle wear on both sides, an area of finish loss on the bottom of the back strap, and minor edge wear on the front strap. Terrific bore and excellent grips.
Details
We found other products you might like!