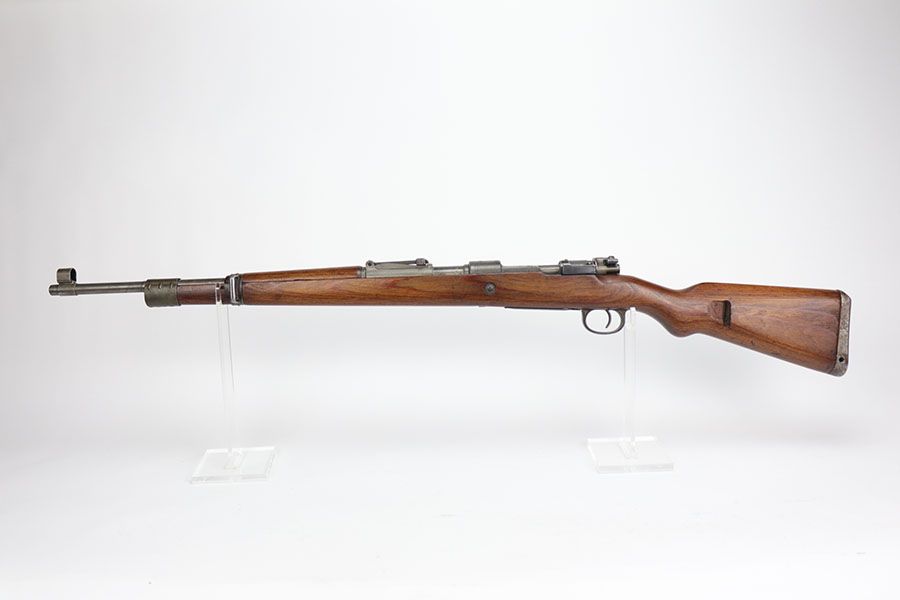 Add to Wish List Add to Compare
Description
3/24/21 - This is a very rare Nazi Mauser K98 from 1945 with receiver marked 'svwMB', indicating production at the French Mauser factory. There were fewer than 30,000 K98s produced with this code, a very low total for K98 production in and of itself, but a large portion of that number was made after the war. Those in the 'b' and 'c' blocks are seen as German military production, and this one has waffenamt on stock and various Nazi inspection and test proofs. It's nearly entirely phosphate finish on the metal parts, generally in excellent condition with minor splotches in a few areas. All numbered parts are matching. Eagle/135 proofs are found on several parts. The stock has no major cracks or chips, just a few dings. Bore is shiny with strong rifling and just a little freckling.
Details
We found other products you might like!