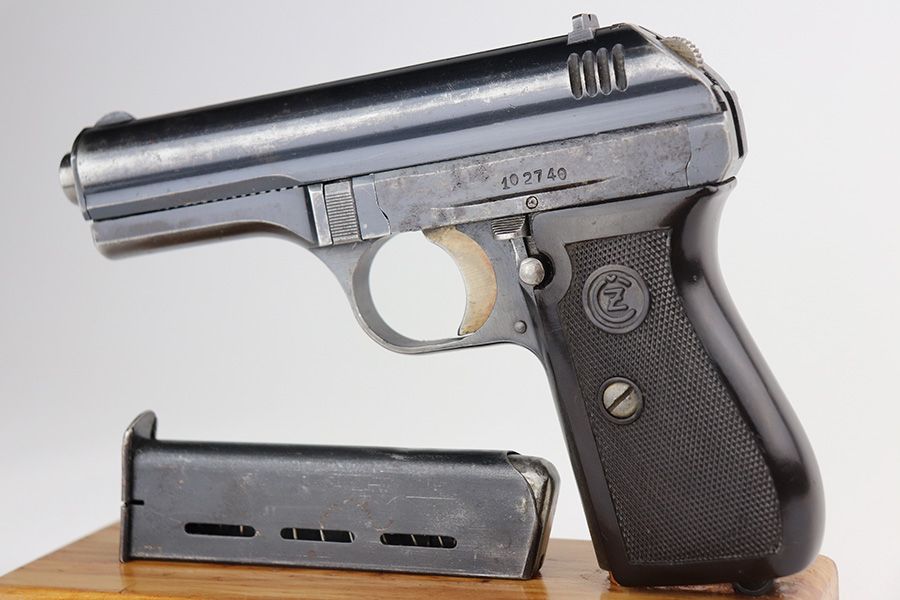 Add to Wish List Add to Compare
Description
7/2/21 - This is a very rare CZ vz. 24 pistol that was left over in Czechoslovakia at the time of the Nazi invasion, and then issued to German military, likely the Waffen SS. An image showing Jan Still's excerpt on these rare pistols is included in the photos for this listing, but they have rare characteristics such as the four vertical serrations on the slide, WaA76 and Nazi test proofs on barrel, and no Czech markings. This particular examples has some thinning throughout, and some freckling on the left side of the frame. Excellent, shiny bore. Very nice grip with no major defects. We could find very few comparable examples, whether in Still's books or previous internet sales.
Details
We found other products you might like!