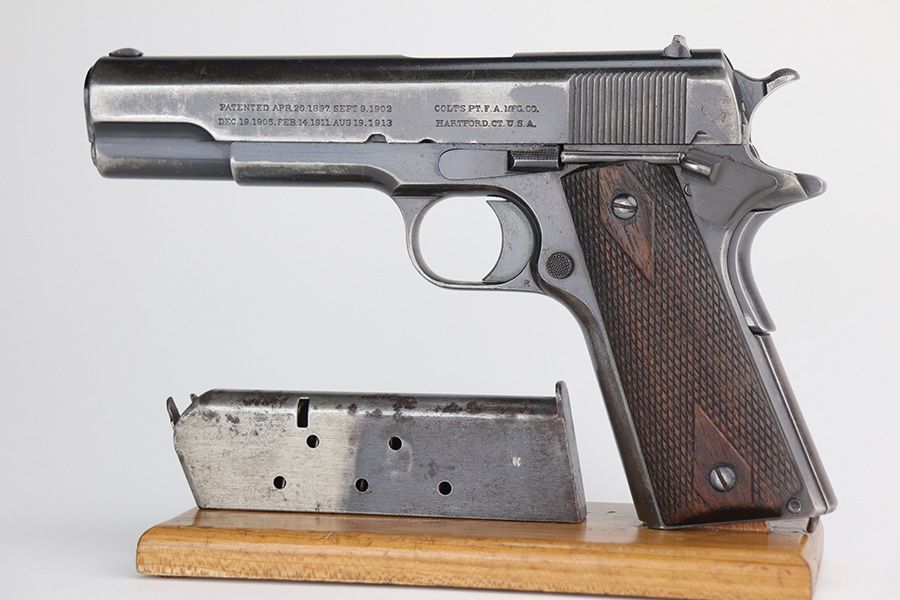 Add to Wish List Add to Compare
Description
10/28/21 - This is a rare Colt 1911 Government Model manufactured in 1915 and purchased by the Argentine government. Between 1914 and 1941, the Argentine government ordered over 21,000 of these pistols from Colt for their army, navy, and police force. They ordered 1,000 consecutive guns from Colt in this particular serial range, C20001-C21000. These are specifically manufactured by Colt in the U.S. rather than a Model 1927 or later Argentine licensed copies, and generally much more difficult to find. It has all the original Colt characteristics, then features the Argentine numbering system with additional serial placed further forward on the frame, one on right side of slide, one on barrel and the last two digits along the top of the slide. It also features the Argentine crest along the top of the slide. The pistol shows its age and use though, with notable thinning in multiple areas, especially the grip frame. The barrel has good rifling but some frost and freckling through the grooves. It also arrived here very dirty, and will benefit from a more thorough cleaning. Standard handling wear to the grips but no cracks or chips. World War I era two-tone magazine.
Details
We found other products you might like!