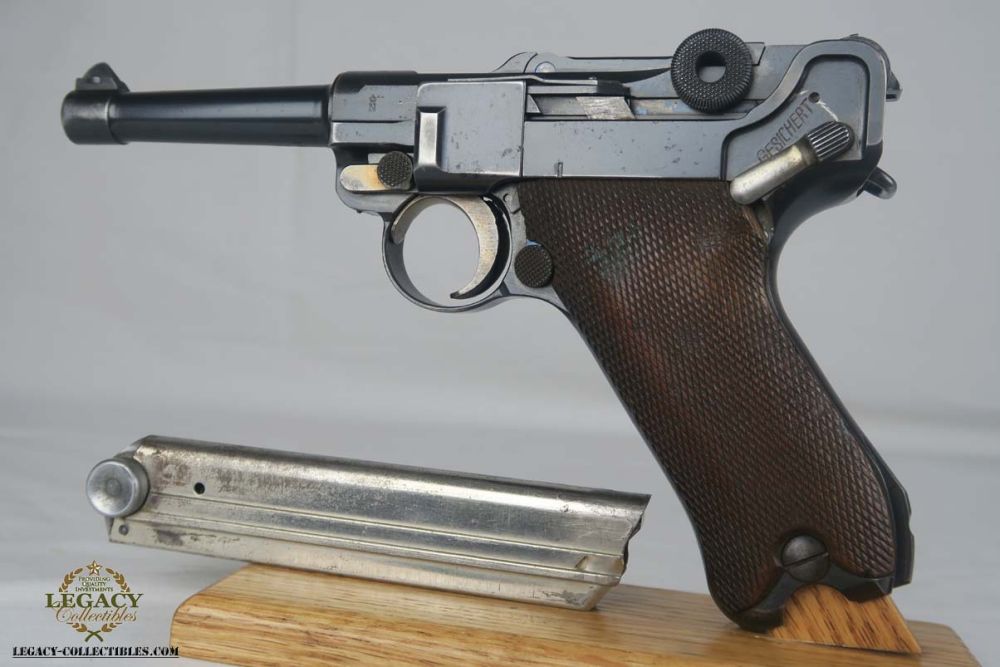 7/6/17 - This is an interesting example of a "between the wars" luger.    It started out as a 1920's era commercial gun- crown/N commercial proofs indicate that.  Also, it would have been made by DWM , but later reworked during the Nazi era (See WaA66 proof on right side).   This rework was most likely done in the 1930's when the Nazi's were in power and trying to sneak guns into inventory which violated the Treaty of Versailles.   They added the police sear safety, and the extra magazine safety.   They also removed the DWM toggle for some reason, and added the police unit marking L.Ar. 315.  The magazine is a police mag from the late 30's and "double" matched to the gun.  It has the serial number AND the unit (315) number on it.    Finish appears to be original and all parts that are numbered are matching.   The grips appear to be original, but are unnumbered.  They show wear and there is a chip under the safety lever.  The hold open is missing internally which does not effect the firing of the gun but will not allow the toggle to stay back when there are no rounds in the chamber.   This luger is an interesting piece of history put into Nazi service before they were ready to openly scrap the treaty at the end of WW1.