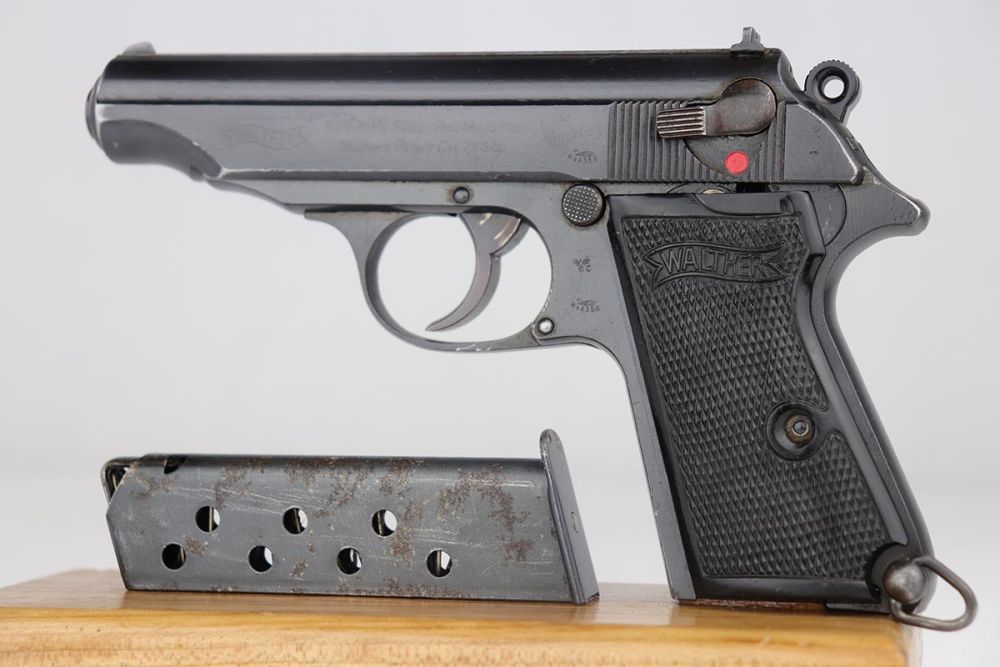 Add to Wish List Add to Compare
Description
7/23/19 - The first time we encountered this variation we thought, "what a shame, someone put fake stamps on this gun". We assumed it would be impossible to have both waffen and police proofs on the same gun. Since then, we have had about 8 of these guns come through the office. They are all in the same approximate serial range. They each have both police and army proofs, and from memory, they ALL had the French lanyard added to the left side. So, other than the French lanyard, this gun has original factory markings. Best guess on this variation is that it started as a military contract gun, but diverted to the police before leaving the factory. You see this happen with Mauser Lugers, as well. Then, they either went to the police in France or they were captured by the French from German police stations in the French sector. We believe the lanyard was added in a French arsenal and the gun was re-finished by the French immediate post-war. Then the guns were re-distributed in this exact configuration to the French Police. No idea how or why these ended up in the US as they are not import marked. Possible they were bought in bulk from the French police and imported here prior to 1986. If you like "oddball" or rare variations then here's a chance to own a real conversation piece! Comes with wartime grips and magazine. It has the appropriate Eagle/N proofs on the frame, ejection port, and barrel. The bore is minty.
Details
We found other products you might like!