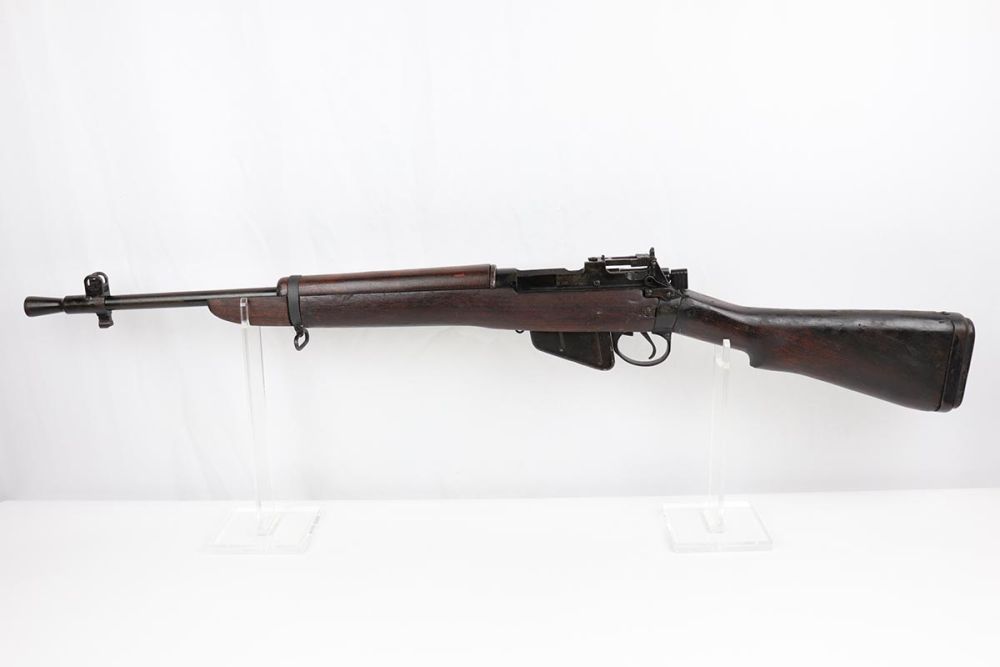 Add to Wish List Add to Compare
Description
7/18/19 - The Lee-Enfield No.5 MkI gained its nickname, “Jungle Carbine,” from British troops who used the weapon in the Pacific Theater, but the name was never officially used by the military. The Jungle Carbine is a lighter, shorter variation of the No. 4 Mk I and was designed for use by British airborne forces. It is easily identifiable by the prominent flash hider that was designed to compensate for the increased flash that came with the shorter barrel. The rifle was only produced from 1944-1947 as it was ultimately seen as a flawed gun because it had a large recoil due to the short barrel and soldiers complained it had a “wandering zero.” Only about 250,000 of these rifles were produced. This particular Jungle Carbine was produced by ROF Fazakerley in December of 1945 and is in good condition with handling wear visible on most parts of the gun, but no major issues. The wooden stock shows a number of scuffs and nicks, but no major chips or cracks. The receiver, barrel, and magazine show only minor actual finish loss, but some obvious patina has set in in a few areas, especially the barrel. The bright, shiny bore is in excellent 9.5 out of 10 condition with very strong rifling and the mechanics are great. This makes it a great gun to take to the range. There is an export mark on the top of the barrel. The rifle is chambered for .303 British.
Details
We found other products you might like!