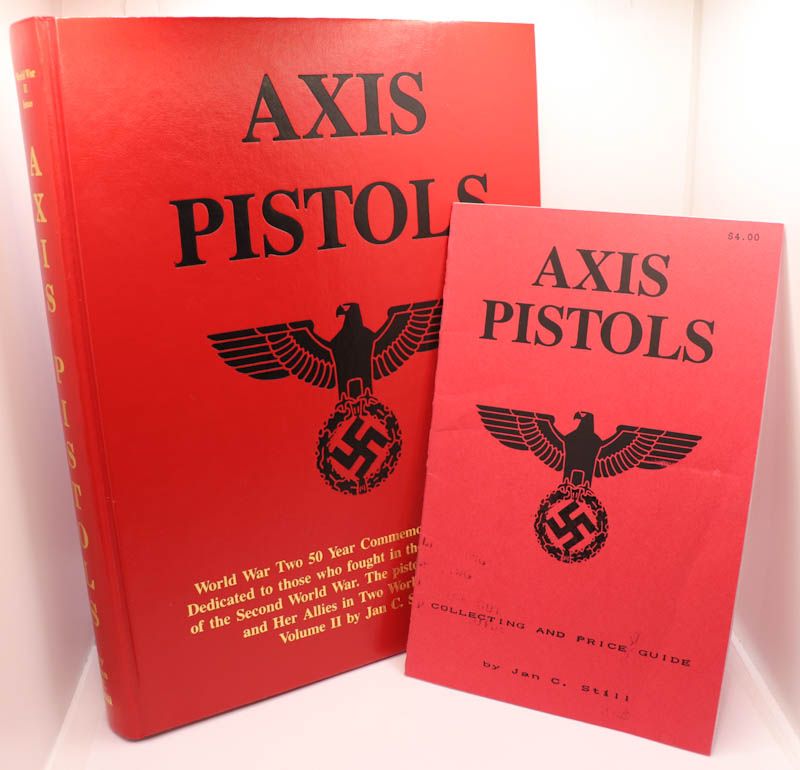 Add to Wish List Add to Compare
Description
11/13/20 - Axis Pistols: World War Two 50 Year Commemorative Issue, Dedicated to Those Who Fought in the Great Battles of the Second World War- The Pistols of Germany and Her Allies in Two World Wars, Vol. 2 by Jan Still. Jan Still’s fastidious attention to detail ranks this book among the most celebrated and well researched volumes on Axis pistols. This book covers the Army, Luftwaffe, Kreigsmarine, police and NSDAP pistols of Nazi Germany and the pistols of her Axis allies: Italy, Japan, Hungary, Romania, Bulgaria, Croatia, Slovakia and Finland, with historic background. Over 300 pistol variations from 20 nations are described in detail with 600 photos. Included is the companion booklet.
Details
We found other products you might like!