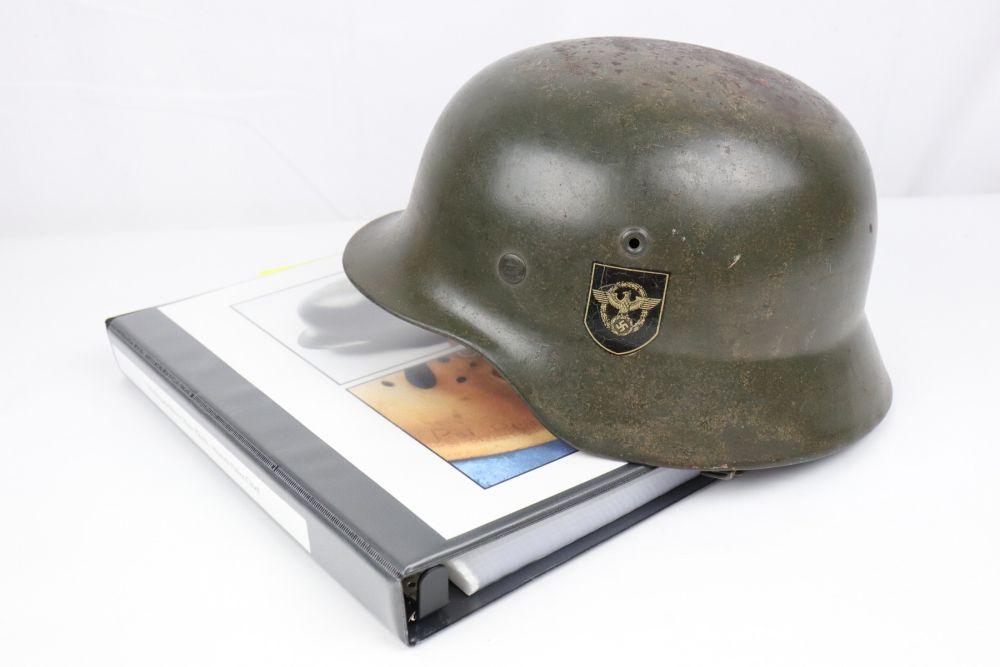 5/1/19 - This is an original WW2 Nazi Police Helmet owned by a man named Hans Plesch. Scratched on the inside of the helmet, in the leather, are the words "Police" President" "Plesch". For the whole story, click the link below and watch the video! https://www.youtube.com/watch?v=q9-WArCGQgM&t=6s Overall, the helmet is in excellent condition. There are no major dings, but there is minor pin pricking, light surface scratches, small chips in the paint, and handling marks throughout. There are beginning signs of rust on the outer top dome of the helmet. The decals are vibrant in color and clear with just a few scratches. The leather on the inside is in great condition - no sweat marks, just a little bit of fraying/wear around the edges. The ink stamp on the inside dome of the helmet is crisp and visible. There is a little bit of rust on the inside of the helmet. Around the inside metal rim of the helmet is stamped "SE68" and "4901". The leather chinstrap is in nice condition but is starting to dry out and crack near the buckle holes. The helmet comes with a complete binder of information.