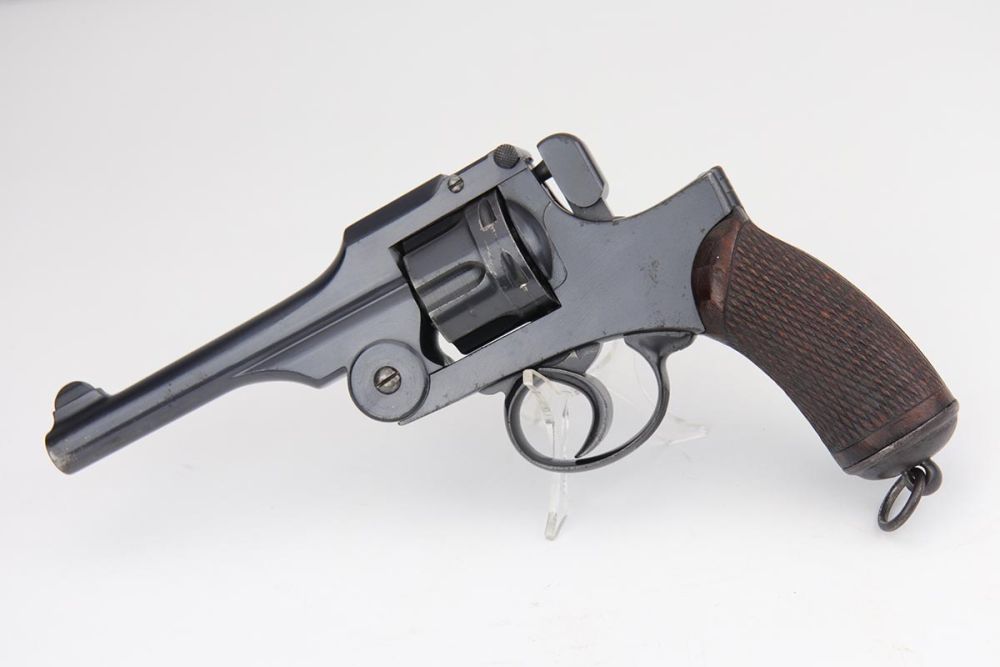 Add to Wish List Add to Compare
Description
8/19/19 - This is terrific example of a Nambu Type 26 revolver. The Type 26 or Model 26 "hammerless" revolver was the first modern revolver adopted by the Imperial Japanese Army. It was developed at the Koishikawa Arsenal and is named for its year of adoption in the Japanese dating system (the 26th year of the reign of the Meiji emperor, i.e., 1893). The revolver saw action in conflicts including the Russo-Japanese War, World War I and World War II. This particular revolver has a fairly early serial and terrific bluing, rating at about 97%. There is minor muzzle and cylinder wear, and some minor oxidation on the right side of the frame. Minty bore and excellent grips. Smooth mechanics.
Details
We found other products you might like!