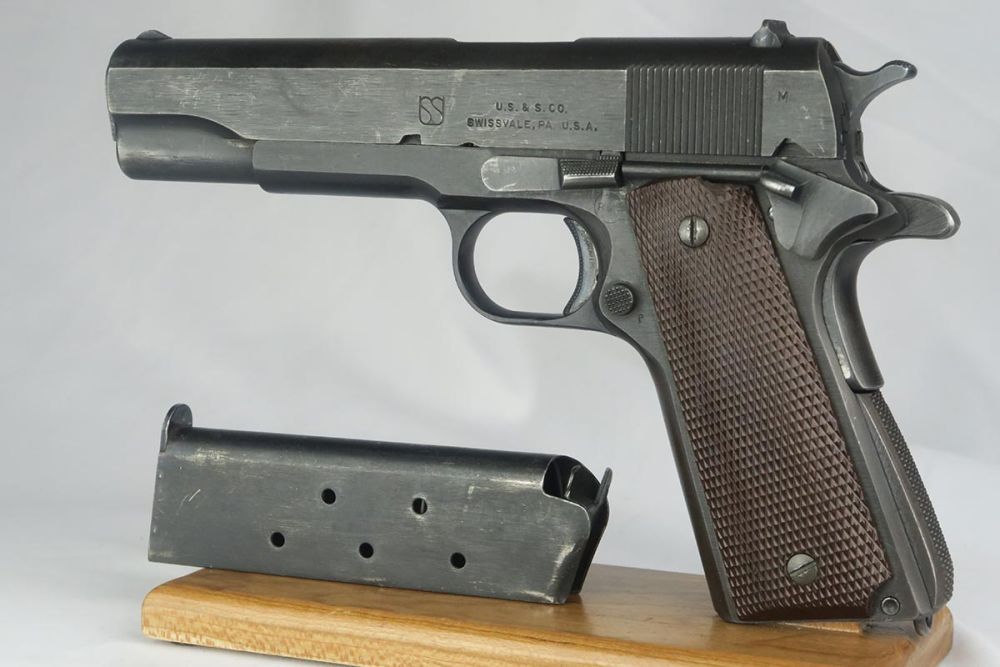 7/19/18 - This is a rare Union Switch & Signal made 1911A1 from 1943.  It is all original and correct with about 97% blue remaining.  There is some thinning on the high edges and a little on the top of the slide, but it is overall excellent.  Proper proof marks include P on frame and slide, and RCD inspector proof on frame.  Concentric circles on the barrel bushing.  HS marked barrel.  'R' marked magazine.  Minty grips and bore.  There is a small 'M' on the left side slide and a flaming bomb on the right side frame - not positive the origin of these markings but they do not appear to be signs of re-work.