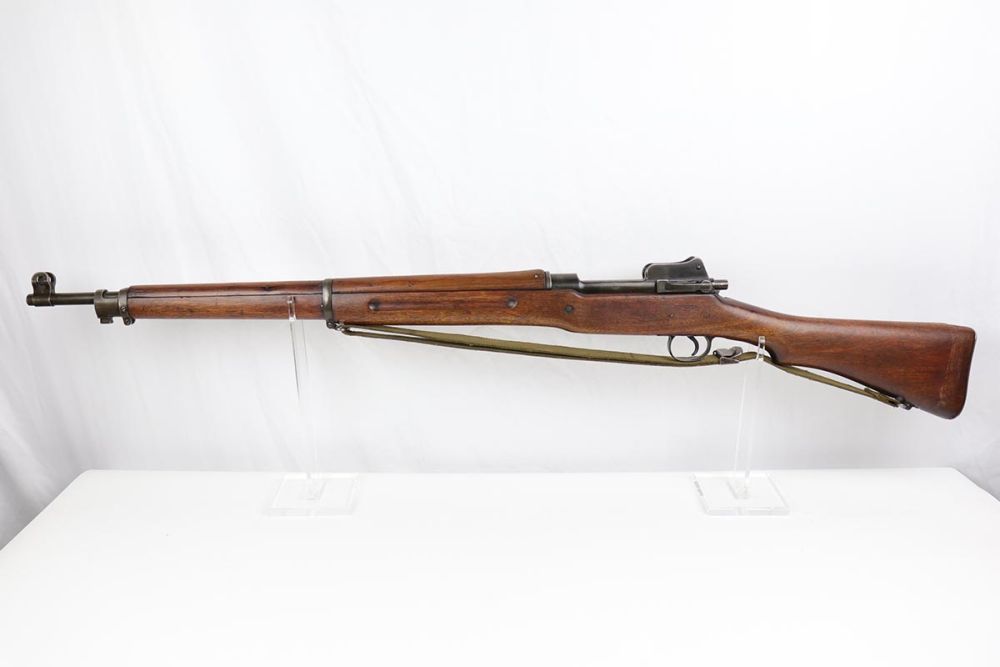 Add to Wish List Add to Compare
Description
5/23/19 - This is a nice example of an Eddystone Model 1917 rifle. When the U.S. entered the Great War, it had a strong and urgent need to rifles to supply their military. The Springfield Armory had delivered approximately 843,000 M1903 Springfield rifles, but due to the difficulties in production, rather than re-tool the Pattern 14 factories to produce the standard U.S. rifle, the M1903 Springfield, it was realized that it would be much quicker to adapt the British design. The design was then modified to use the U.S. preferred .30-06 to simplify ammunition logistics. Eddystone would produced over 1,000,000 Model 1917 rifles over the course of the next few years. This particular rifle shows minor finish loss to the receiver and barrel, though it has a general dulling and some browning to the color. Some notable thinning of the bolt handle, buttplate and trigger housing assembly. Sharp flaming bomb proof on receiver, bolt and barrel. Barrel also marked ‘JA'. Stock is marked RA-P, and another proof that appears to be '3GM-K' in rectangle. Very nice stock with no major chips or cracks, but a few dings and nicks. There is a minor surface crack behind the receiver, and some notches carved on the underside of the front portion. Bore has decent rifling but notable frost throughout. Original sling.
Details
We found other products you might like!