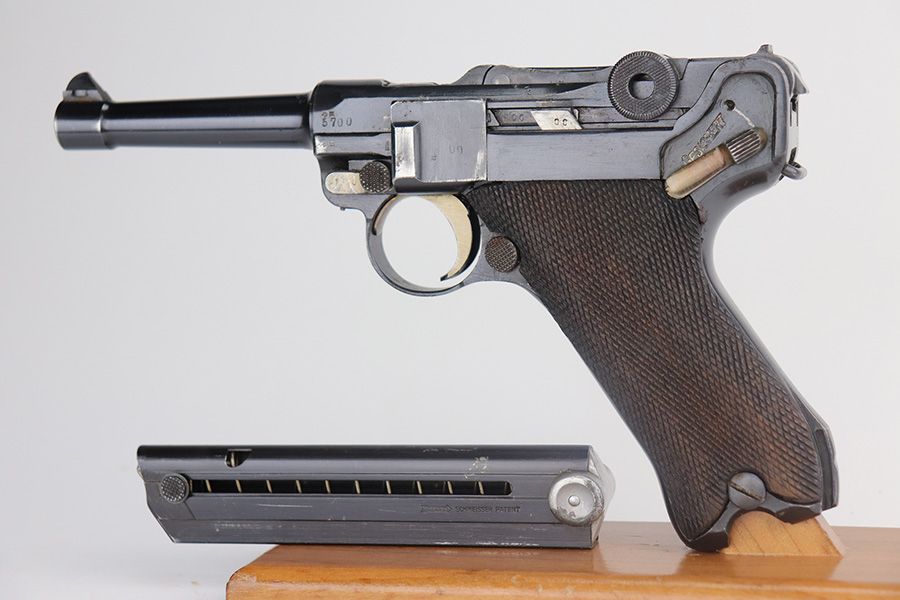 Add to Wish List Add to Compare
Description
5/27/21 - We believe this was originally a 1920's commercial DWM Luger that was reworked for use by the police. The toggle was replaced with an Erfurt toggle, the barrel was replaced with a Simson barrel, and the gun was modified for a police sear safety. The sear safety is missing. The gun is all matching, but some of the parts were likely re-numbered at the police arsenal to match. The gun has retained about 90% of its bluing. There is wear on the side plate, side rails, muzzle and high edges of the slide. While there isn't much actual finish loss, there are areas of pitting and splotchy discoloration on the straps. Mint bore. Comes with an un-numbered police-marked magazine. The slide does not stay locked back with this magazine.
Details
We found other products you might like!