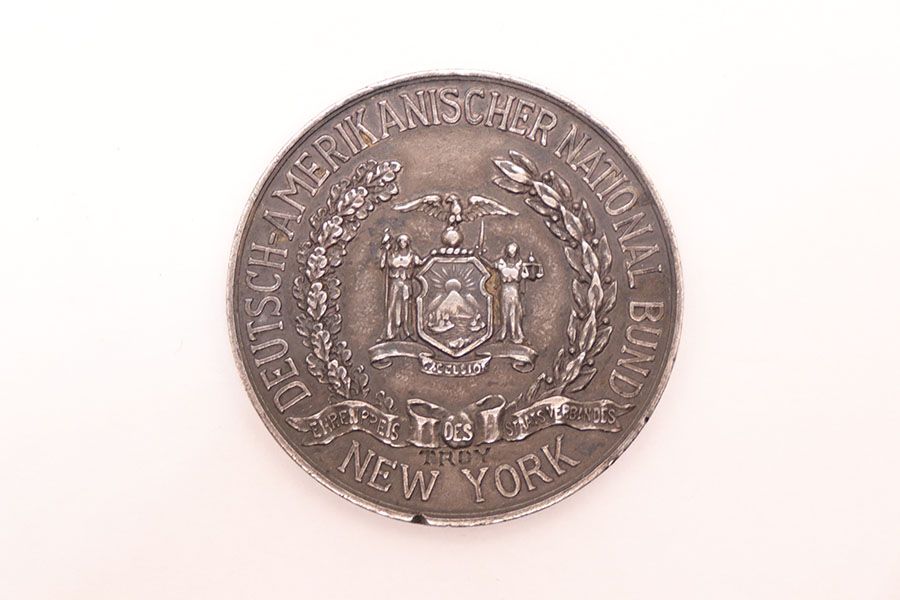 Add to Wish List Add to Compare
Description
11/11/20 - German American National Bund Honor Prize for New York State. 1.6” diameter. The National German-American Alliance – Deutschamerikanischer National-Bund, was a federation of ethnic German associations in the United States founded in Philadelphia on October 6, 1901, whose mission was to “promote and preserve German culture in America”, and at the peak of its growth, around 1916, had a membership of approximately 2.5 million people. In an atmosphere of rising anti-German sentiment, the Bund’s outspokenness against prohibition, its stance for neutrality during World War I, and its support of Germany, especially its practice of raising money for German war relief, led to its charter being revoked in 1918, following a Senate investigation. Congress passed a bill to revoke the charter in July, and President Wilson signed the measure into law on August 31.
Details
We found other products you might like!