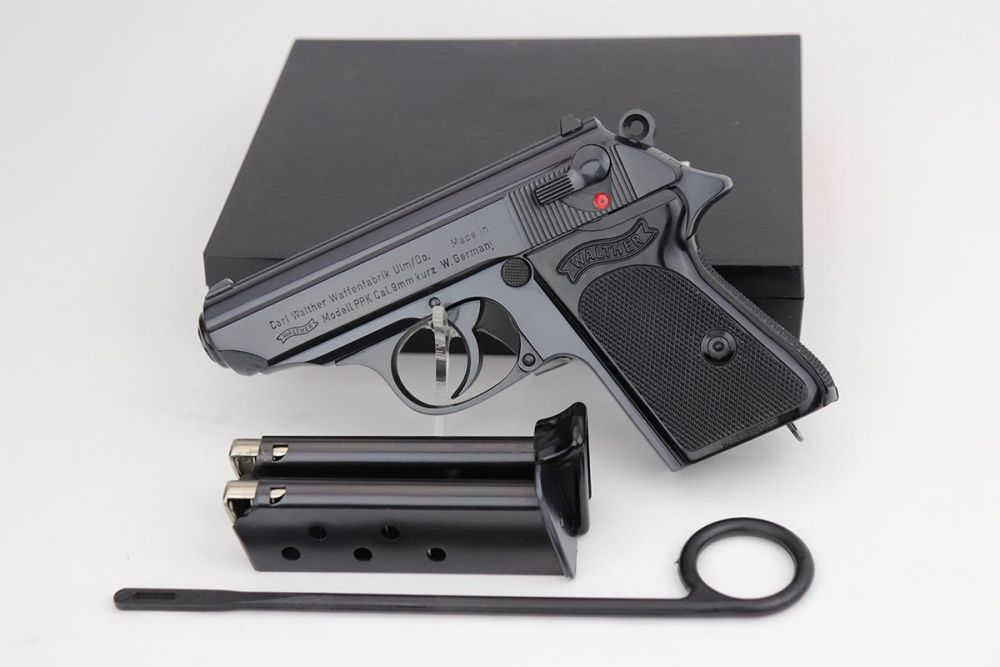 Add to Wish List Add to Compare
Description
8/12/19 - This is a fantastic, “as new in the box” Walther PPK from 1978 in desirable 9mm Kurz. The gun is mint, original, unfired, and complete with extra mag, manual, cleaning rod and a test target. After the passing of the 1968 Gun control act, the Walther PPK could no longer be imported into US, which resulted in the development of PPK/S model, which was basically a PPK slide mated to a PP frame. However, law enforcement and military personnel stationed in Europe could still bring a true Walther PPK into the country. No more than 1,500 of these rare guns were imported in the 1970s until BATF put a stop to that practice in 1979. Sharp markings throughout. Mint bore and grips. Beautiful high gloss blue. Date coded HK on the right side for 1978 year of production.
Details
We found other products you might like!