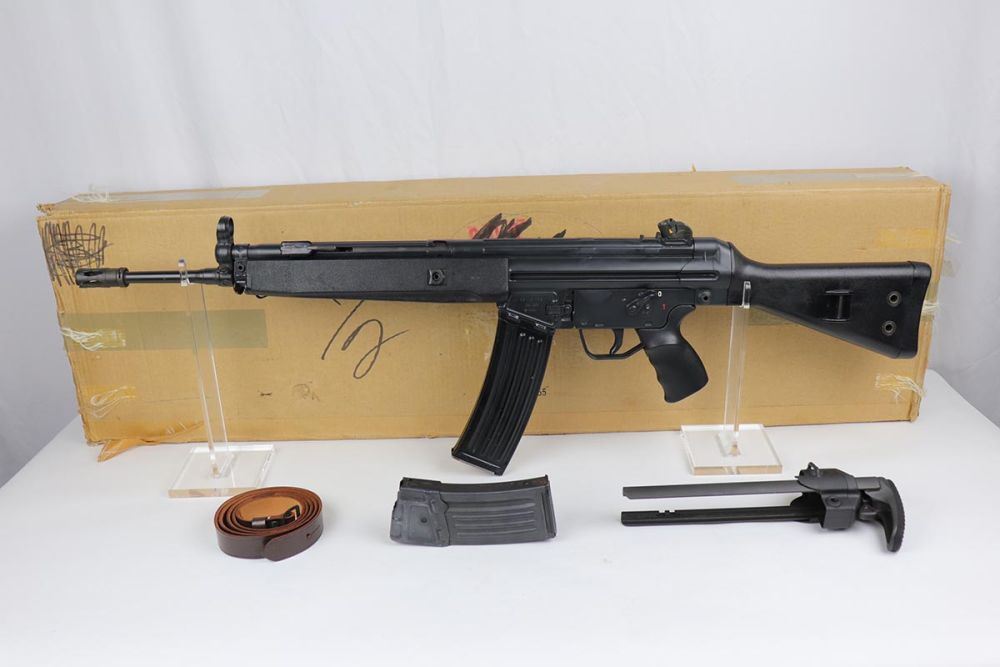 Add to Wish List Add to Compare
Description
7/31/19 - This is an incredible, mint example of a complete Heckler & Koch assault rifle, made in 1982 in West Germany and chambered in ever popular .223 cal. The gun appears nearly unfired since leaving the factory, with just a few tiny speckles of “box” wear. Fewer than 20,000 of these were imported before the ban of 1986, and to find one in its original box is nearly impossible. It is a complete set with its Styrofoam insert, outer cardboard box, manual, sling, two magazines and an extra, original retractable stock! Both magazines are original HK, and are date coded - one is a lightweight 40 round mag and the other is a steel 20-rounder. A nearly new, complete example of a scarce West German assault rifle that would be impossible to upgrade.
Details
We found other products you might like!