Description
5/28/20 - This is a complete and rare FN Browning High Power rig from the Nazi era with test proof only on slide. The pistol features several Eagle proofs with swastika in the talons but no military acceptance proofs. This one is especially rare in that the slide has the test proof, but it is not accompanied by the Eagle/N proofs that would more commonly be seen on this variation. It's estimated that only 5-8% of pistols made during the WaA140 era are Eagle/N or test proof only, and the test proof only pistols are more rare of the two. Some collectors have suggested that these pistols were supplied to German/Nazi law enforcement groups, and that test proof only pistols were true commercial pistols that were supplied to company securities and select individuals. This info comes from Vanderlinden's book on FN pistols, but he states he has found no proof on this matter in either direction, and that the significance of the test proof is unclear. The pistol itself is all matching and original with about 94% blue remaining. Most of the finish loss is on either strap, and a couple of areas on the right side of the slide. Mint bore and excellent grips. Both pistols are period correct and unmarked. Rig is completed by an excellent holster with clear waffenamt, '43 date and 'nka' maker mark.
Details
We found other products you might like! 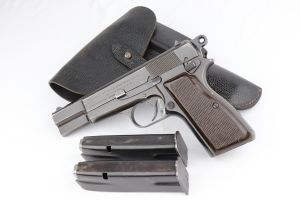 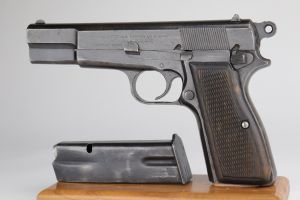 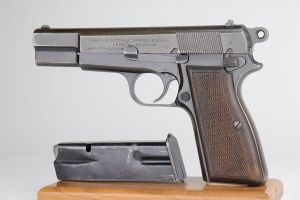 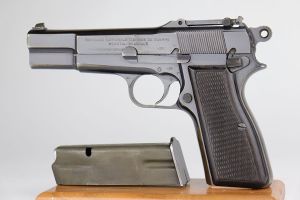 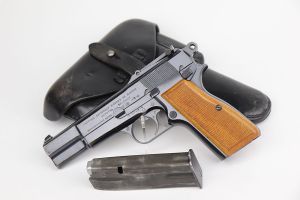