Description
7/17/20 - This is a rare, end of war parts P.38! Walther and Mauser combined parts! It is a late date AC Frame P.38 (armorers replacement frame from Walther). Then, it has a Mauser byf 44 slide with NO serial numbers. The barrel and locking block have no numbers on them either, and barrel is Mauser proofed. The locking block is Walther proofed. It's a well-documented, but little known category of P.38's. These guns were made in 1945 towards the end of the war. The general speculation is that these guns were not made at main Walther or Mauser factories. In an effort to increase production, labor services were sought outside of the factories, with any parts they could get. Much of which were spare, salvaged or armorer's parts. One theory is they were built using camp labor at the Neuengamme Concentration Camp. I'm not claiming that to be true, just that it is one of the theories on these guns. The finish is almost mint, with some discoloration/wear on the firing pin cover. Mint bore and proper mechanics. Excellent brown grips.
Details
We found other products you might like! 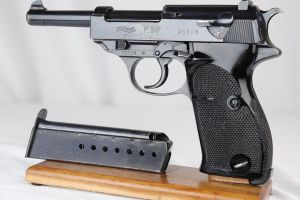 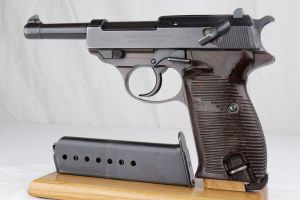 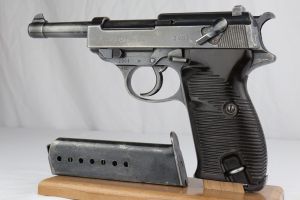 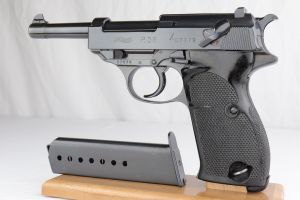 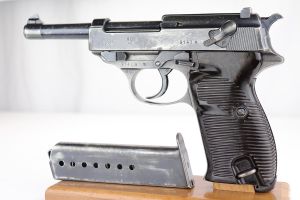 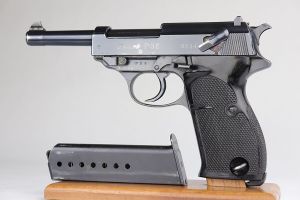 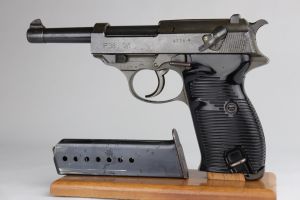 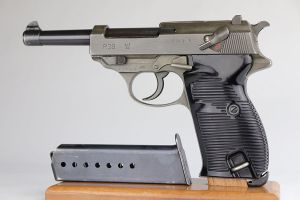 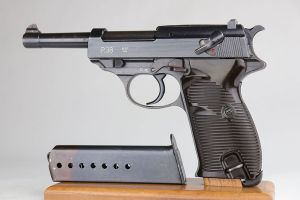 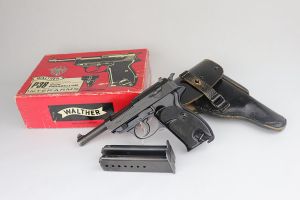