Description
4/28/21 - This is a complete set of Walther pistols with all models 1 through 9, in a beautiful presentation case. This grouping features several ultra rare pistols, as well as some with interesting and documented history. The most rare pistol of the bunch may also be the nicest, the model 6. One of only 1,000 ever produced, this is likely one of the finest examples in the world. It's a genuine 98% example with deep, lustrous bluing. The model 3 is also quite rare, with only 3,500 produced. While all nine pistols are in very good to excellent condition, the model 2 and the model 5 are especially nice. There are several other interesting aspects to the pistols included here. Perhaps most interesting is that the model 2 comes with a capture document indicating it was brought back by Dorothy Rutherford of the Women's Army Corps, which we believe is the first such example we've offered. WAC units were known to have captured many handguns, whether as a keepsake or for those that were not issued a 1911A1. Other interesting notes includes a unit marking (P.A.B.1) on the model 4, indicating police or military issue. Lastly, the model 8 was identified in Buxton's book as a winner at a 1925 shooting competition, and features ultra rare target grips and sights. Full sets of photos on each pistol are included in the listing so refer to photos for condition. The glass presentation case with pistol stands was custom built/ordered by our consignor, and is included in the listing.
Details
We found other products you might like! 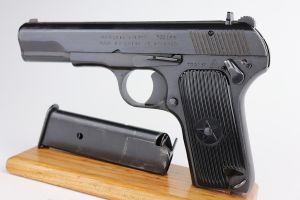 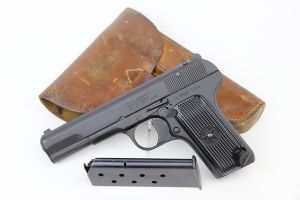 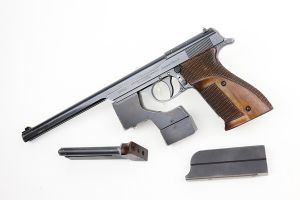 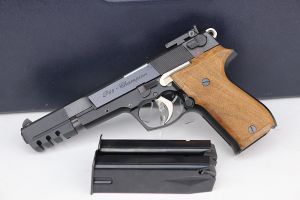 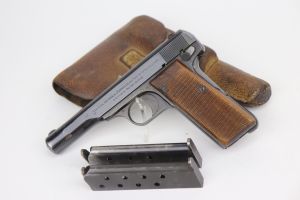 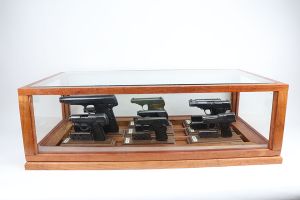 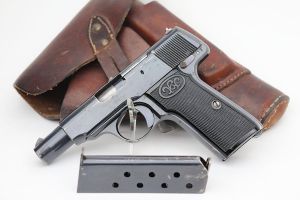 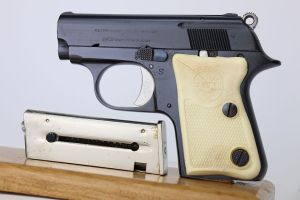 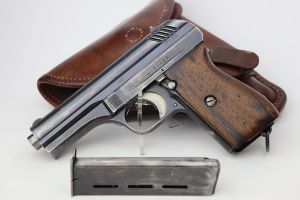