Description
12/29/20 - This is a minty, US Property marked Colt Model 1903 in the matching numbered box. The gun was made in 1942, but these pistols were developed early in 1903 as small frame hammerless pocket automatic pistol and proved to be a very successful and popular design for Colt. They were eventually adopted by the US military during WWII as both a small frame sidearm and as a general officers pistol. Many were sent to England under the Lend Lease program, and some even being issued to the members of the SOE/OSS. This pistol also has those British proofs on the right side of frame and on the barrel. The original grips are minty, as is the bore. A total of two original magazines is included with the listing. The box is hand numbered to the gun on the bottom. Interestingly, this one also includes decades old price tags from when it was sold at Klein's for $59.95. Also comes with an original manual.
Details
We found other products you might like! 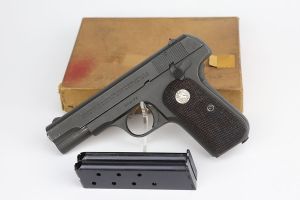 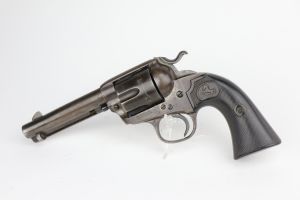 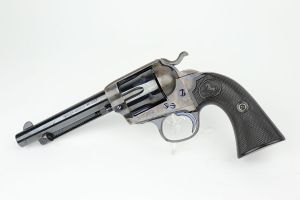 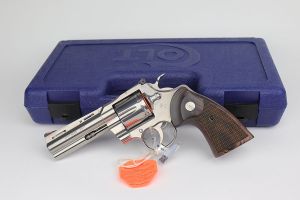 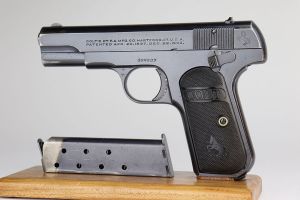 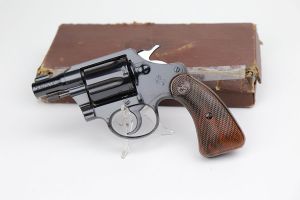 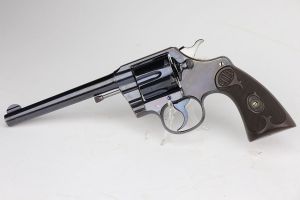 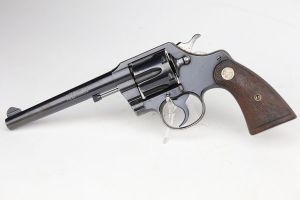 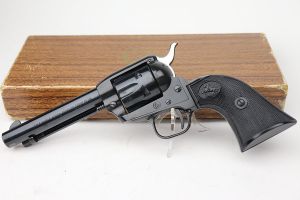