Description
5/28/21 - This is an original example of one of the most rare variations of FN Browning Model 1922 pistol. This pistol falls in the known serial range of pistols that were on the production floor at the time of the German invasion, as originally intended to fulfill the prewar Dutch contract order. This sub-variant does not feature Wilhelmina crest and does not have the lanyard ring installed, but does have the proper grips which are designed to accommodate a lanyard ring. These pistols are actually more commonly found in 9mm, so this 7.65mm is a rare find. WaA613 proofs on slide and frame, which matching serial numbers throughout. While the bluing is original, this pistol does have notable pitting in various areas as our consignor lived outside New Orleans, and had many firearms in his collection damaged in Hurricane Katrina. The bore has strong rifling but also some pitting throughout. Magazine is WaA103 marked.
Details
We found other products you might like! 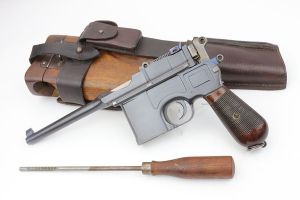 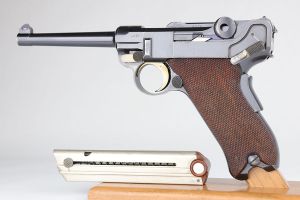 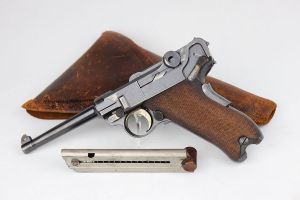 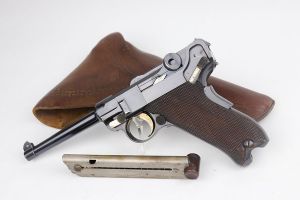 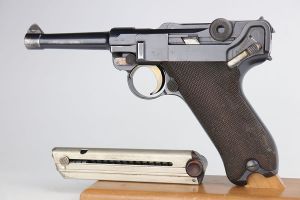 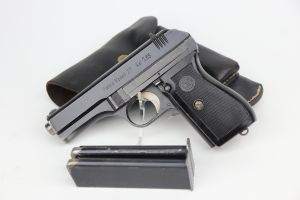 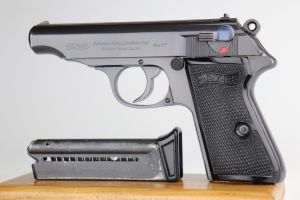 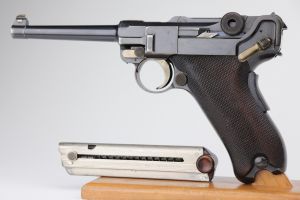 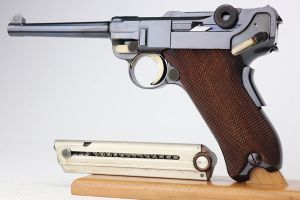