Description
7/9/21 - This is a nice example of an original "Red 9" Mauser C96 Broomhandle rig with matching stock. Unlike its commercial counterparts, "Red 9" Broomhandles were chambered in the more common 9mm Para caliber, which was used by the German Army and were marked with a large 9 on the grips which was then filled with red or orange paint to help German soldiers differentiate its caliber from the standard .30 mauser cartridge. Only about 130,000 of these very collectible guns were made, with only about 100,000 being accepted by the army and issued to the troops. Considered to be a substitute for a light carbine, they became very popular in trench warfare and were used by some of the Germany's elite crack troops. This is one of the first 2,300 produced, and the earliest example we've offered. All matching and original with most of the bluing loss on the underside of the barrel, which is common as they rub against the inside of the stock. The grips were likely the field replacement variation based off the design of the 'Red 9' but they aren't numbered to the pistol. The stock is matching numbered to the gun but the lid was replaced at some point and is missing a small screw. Bore is shiny with strong rifling but a little frost in the grooves. Stock has clear imperial proof, and pistol also has Prussian eagle on trigger guard.
Details
We found other products you might like! 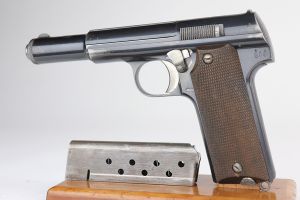 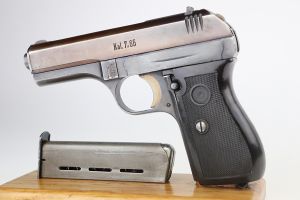 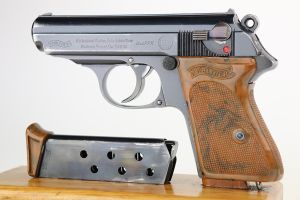 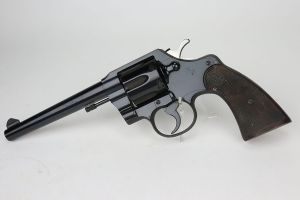 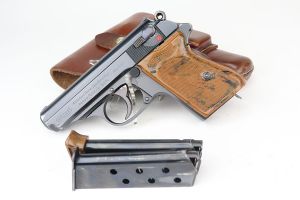 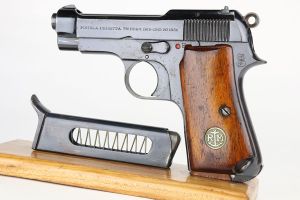 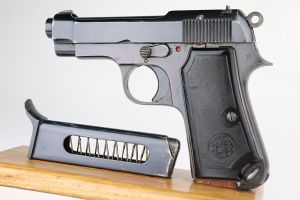 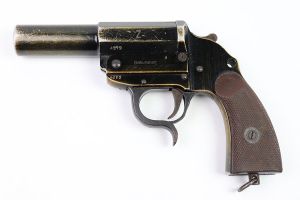 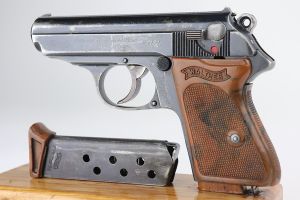