Add to Wish List Add to Compare
Description
1/12/22 - This is an excellent example of an AC 44 Walther P.38 issued to the Nazi military in 1944. It was then reworked and likely issued to the East German police force after WW2. This is evidenced by its dark "dipped" finish, and the fact that the parts have been re-numbered to match. The gun also has the original "Eagle 359" Nazi military acceptance proofs throughout, even on the small parts. Import mark on the right side of the frame. It has retained virtually all of its new finish, but there are areas of minor pitting on both sides of the slide that have been finished-over. Comes with excellent reddish bakelite grips and a period-correct Walther magazine. The magazine was numbered, but the serial has been crossed out, likely done at a police arsenal. The rifling in the bore is a little worn, and there is minor pitting in the grooves. De-cocker is functional.
Details
We found other products you might like! 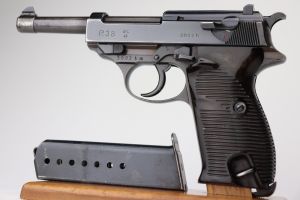 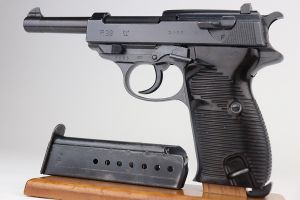 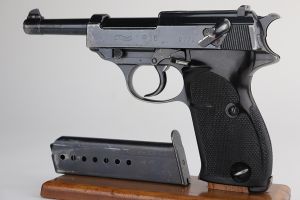 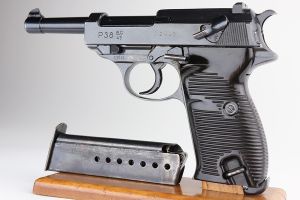 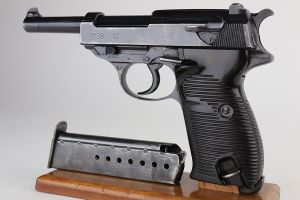 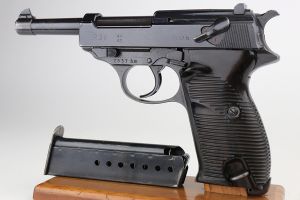 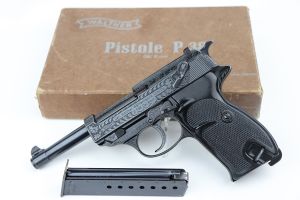 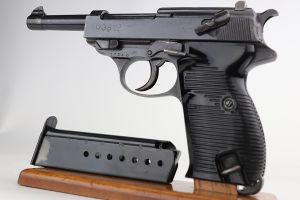 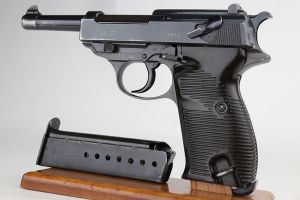 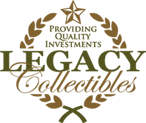